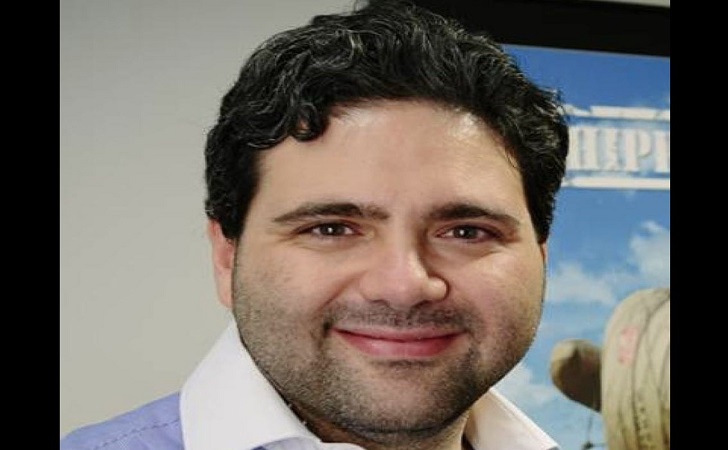 Jonathan Nowzaradan is a successful American director and producer known for his work in My 600-lb Life: Where Are They Now?, Heavy, and others. He is also widely known in the media as the son of surgeon Younan Nowzaradan aka Dr. Now.

Unlike his father’s profession in the medical world, Jonathan has chosen to explore the entertainment world and has even achieved decent fame. In fact, he also owns a production company which we will discuss later.

Well, if you want to know some interesting detail about him, keep on reading.

Jonathan is the child of father Younan Nowzaradan and mother Delores Nowzaradan. He was born on 6th February 1978 in Texas, United States. As of 2022, he is 44 years of age.

As a child, he spent most of his early days in his hometown in Texas, with his siblings and parents. For your knowledge, he also has two siblings, Jennifer Nowzaradan and Jessica Nowzaradan.

Just for your knowledge, Jonathan’s parents Delores and Younan are no more together. After being in a marital relationship for over 27 years, the former couple divorced.

They married in 1975 and things between them turned sour years after they tied the knot. Well, Delores finally filed for divorce from her then-husband citing unsupportability and cruel treatment. Their divorce was finalized in 2002.

Though Jonathan’s parents are no more together, he shares a great relationship with both of them.

He was interested In Business From a Young Age

No doubt, Jonathan is now an established businessperson. He currently leads a successful career as a producer and director and has been making both fame and fortune.

And as far as making money is concerned, he is business-minded from an early age. When he was still a teenager, he reportedly made over $4000 by investing $100 in video games.

Jonathan Nowzaradan Is a Director And Producer

We all know Jonathan is a successful producer and is widely known for his TV series My 600-lb Life: Where Are They Now? which came in 2018. But he began his career professionally a decade earlier.

Well, he began his career in 2008, as an executive producer of the TV documentary, Half Ton Mum. The same year, he also came up with three other documentaries Bodyshock, Half Ton Dad, & Shrinking the World’s Heaviest Man.

This was followed by another TV series My 600-lb Life: Where Are They Now? which is also one of his most successful shows. With over 32 episodes from 2015 to 2018, the series also stars his father among others. Further, he also directed a few episodes of the show.

He Also Owns A Production Company

Talking about his company, Nowzaradan once stated that the intent of his company was not just to make money but to also spread knowledge. In an interview in 2007, he stated.

“It’s fine to make some money, but media can be used for so much more, to communicate a lot of good things, to encourage, to inspire.”

Aiming to spread knowledge, he has released numerous series like Heavy, & My 600-lb Life, targeting to impart knowledge about obesity.

Jonathan Nowzaradan is Married With Children

Well, not many know but Jonathan is a married man. He is married to his wife Virginia Amber Nowzaradan. Though it is unclear when and where they tied the knot, they are reportedly together for a decade now. As per the reports, his wife is the director of The Story Board, L.L.C.

So, does he have children with his wife? Yes, he is a father to a daughter named Danielle Nowzaradan. Both parents share a great relationship with their kids.

His daughter is adorable. Jonathan is a doting father and always takes out time from his busy schedule and spends quality time with his family.

How Much Is Jonathan Nowzaradan’s Net Worth?

As the producer of dozen of successful TV series, Jonathan definitely makes a large sum of money. With all the reception his shows have received, he is pretty much obvious to have made a good amount in profit. However, he has not exactly mentioned his wealth at present but it is expected to be pretty much in million dollars.

His dad on the other hand has a net worth of $6 million.