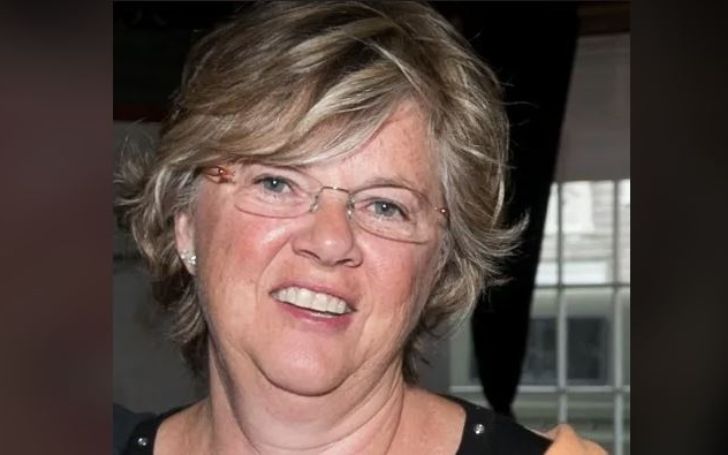 Debby Clarke Belichick is a businesswoman based in Massachusetts who is better known as the ex-wife of the popular sportsperson Bill Belichick. Belichick is the longtime head coach of the New England Patriots of the National Football League.

Bill and Debby’s union lasted for 28 years; they were in a marital tie from the late ’70s to the mid-2000s during which they became parents to three children. The couple’s separation garnered a handful of media analysts as it seemingly involved cases of infidelities and sourness.

Read all of them in the piece down below whilst also browsing through a bit more about Clarke’s life away from the spotlight of her ex-husband, Bill, her round-the-clock businesses, & more.

Debby Clarke Is Presumably From Tennessee

While most of the internet pieces report Debby’s birthdate to be June 10, 1951, some others believe she was born in May 1955 in Nashville, Tennessee.

Debby, fully, Deborah Clarke is yet to shed light on her parental details, though what outsiders at the very least know is that she reportedly attended Annapolis High School and Wesleyan University.

It is presumed that she also spent a huge part of her life in Weston, Pennsylvania.

In the present, Clarke is a small businesswoman in Massachusetts who helped found a tile and stone company after she split up with Belichick. The store apparently offers a wide selection of top-quality tiles and stone, professional design services, and expert installation all under one roof.

After her divorce, Debby, along with a female friend, opened The Art of Tile & Stone, “a new tile store in Wellesley that offers everything from design to installation of new stone.” Talking about her business, Debby, who might be now 67 or so years old, once threw a Facebook status saying,

“We just received a beautiful sample with glitter grout on glass. What a difference!”

Clarke says her business simplifies the process by bringing the best products and personalized service together in an elegant, one-stop showroom.

Prior to launching their own store, Yates and Debby had built and remodeled several houses together and hit upon their idea for a new business after seeing a “need in the marketplace.” Yates and Bill’s ex have been lifelong friends. Paige was also in Debby’s wedding to the coach.

Debby Relationship With Her Ex-Husband, Bill Belichick; They Had Been Together Since Highschool

Belichick and Debby Clarke were married from 1997 to 2006. Their union produced three children, Amanda Belichick, Brian Belichick, and Stephen Belichick.

The Boston Globe reported Debby and the Patriots’ manager had been together since high school. Debby’s first son with Belichick, Stephen is now the Patriots’ safeties coach. He was also a lacrosse player in college and also played against Patriots’ wide receiver Chris Hogan.

Clarke and Bill’s daughter, Amanda Belichick, on the other hand, is a college lacrosse coach at Holy Cross College. Amanda currently lives in West Hartford, Connecticut with her husband.

The parents of three, Debby and Bill ended their marriage in 2006; they had started living separately in 2004.

What Did Debby Clarke End Her Marriage With Bill Belichick

The ex-New York Jets mentor and Clarke apparently separated in 2004 amidst accusations of an extramarital affair between Bill and a former receptionist for the New York Giants, Sharon Shenocca.

Further during the years 2006 and 2007, Bill also entangled himself in the receptionist’s divorce from her husband. In 2007, The Boston Globe reported Belichick’s name had surfaced in a divorce case involving the woman he had an affair with and her husband.

Belichick had met Sharon in the 1980s when she was a receptionist for the New York Giants while he was the defensive coordinator. According to the New York Post, Belichick faced an accusation of sending Mrs. Shenocca “envelopes stuffed with cash and buying a secret $2.2 million Park Slope townhouse for her use.

Debby’s ex-spouse supposedly also bought Sharon a fancy Brooklyn townhouse, paid for her summer rental on the always classy Jersey Shore, sent her to Disney World on a private jet, and provided her with about $3,000 a month in mad money.

Belichick remained single for a while post his separation from Debby. Debby’s ex-husband, though, currently is in a relationship with Linda Holliday, a woman he met at a Florida nightclub. TMZ reports Bill Belichick has been dating Holliday since 2007.

The media happens to stumble upon them quite often.

The six-time Superbowl winning coach’s partner, Holliday, who is from Jupiter, Florida, used to own Blue Indigo Boutique, a clothing store. She, however, closed it in 2009. She was previously a Lifestyle Correspondent for a CBS Boston television station.

Linda is also quite active on social media, especially Instagram. There were reports in early 2014 that Bill and Holliday were engaged because the former was sporting a diamond ring on her left ring finger, but they turned out to be false.

As for Bill’s ex-wife Debby, she has built her life in Massachusetts post the divorce.

Does Debby Have A Social Media; Did She Remarry After Divorcing Bill?

While she is not very active on social media these days, Debby used to frequently post something on her Facebook up until May 2020.

And the very Facebook handle states her address as Wellesley Hills, Massachusetts. As of present whether she has some other cloud profiles or not is a bit of a mystery. Much to her low-key life, it is also unclear if Clarke has a new husband.

What Is Debby Clarke’s Net Worth?

While Bill is certainly a millionaire with a net worth of over $35million, his ex-partner, Debby, too is evidently a seven-figure businesswoman. Clake mostly has her divorce settlement with the 3 time NFL Coach of the year to thank for her wealth.

For starters, during the compensation, Debby received a stunning five-bedroom home in Nantucket worth $4.5 million from the Patriots coach.

She also owns a property in Sconset, Massachusetts. As for whether what she has accumulated on her own post her split with Bill is an exclusive matter of guesses though it is likely that her current net worth is at least in the domain of millions of dollars.

When together, Bill and Debby had also launched the Bill and Debby Belichick Foundation, a homeless assistance charity. Though the organization doesn’t exist anymore.

Who Is Byron Allen Wife? His Married Life & Children