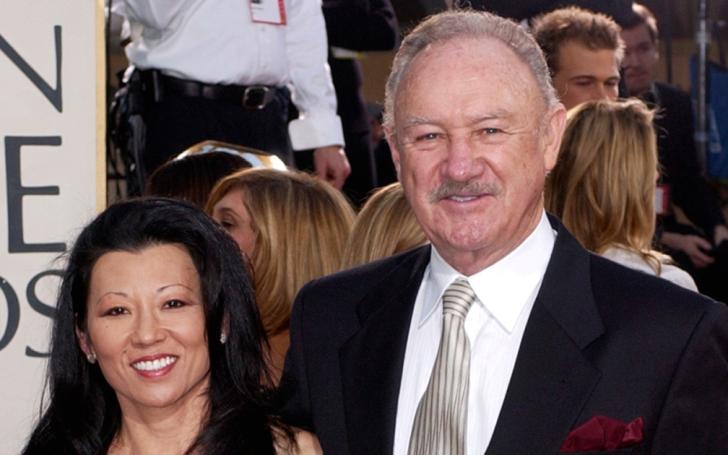 Betsy Arakawa is a former classical pianist who has been in media prominence since the 90s. She gained fame after marrying legendary actor Gene Hackman. Since then, the couple has been living a secluded life, far from the media attention.

Regardless, many times, Gene’s fans are often wondering about his second wife. There are a lot of queries regarding Betsy including what she and her husband are up to these days? Do they share children between them? Moreover, not many know about Betsy’s background as well.

She was born on December 15th, 1959, in Ala Moana, Kakaako, Hawaii, the US. At the moment she is 61-year-old. Her full name is Betsy M Arakawa Hackman. Talking about her family background, her ancestors migrated from Japan to Hawaii. She belongs to the Japanese ethnicity.

Betsy has never openly talked about her mom, dad, and siblings. All of her family members like to enjoy life without a spotlight. Likewise, Betsy enjoys a normal secluded life with her husband of two decades.

She used to work as a classical pianist

Before retiring alongside her husband Gene at their residence in Santa Fe, Betsy used to work as a classical pianist. Ever since calling it quits from her work, she and Gene enjoy a relatively normal life, without any major spotlight.

Prior to becoming a pianist, she had many odd jobs. It was during one of these odd jobs that she met her future husband. More on this later down the section!

On the other hand, her husband Gene is a well-known actor. From his acting career of over five decades, he has won several awards including two Academy Awards for Best Actor. His famous movies include The Unforgiven, Superman (1978), The French Connection, and The Conversation. His last mainstream movie is Runaway Jury released in 2003.

The duo’s meeting is ‘straight out of Hollywood’ type. We all know how it goes in the movie, a pair first see each other in a random place, lock eyes, and next thing you know, they are married.

Similarly, Gene first locked eyes with his future wife at a local fitness center in California. Betsy used to work part-time at the center.

The lovebirds then started dating in 1984 and Betsy subsequently moved in with Gene at this residence in Santa Fe. Around the same time, Gene’s divorce from his first wife Faye Maltese wasn’t finalized.

Betsy and Gene’s Marriage: This was her first wedding while the second for Gene

After going out for seven years, Gene and Betsy exchanged vows in an intimate ceremony on December 1st, 1991. The wedding in itself was a secretive one, with no information available about it whatsoever.

This was the first wedding for Betsy but as for her partner, Gene, he had been married once before. He tied the knot with Faye Maltese on January 1st, 1956, after meeting her in a YMCA dance in 1955.

However, due to some conflicts in their relationship, Fay and Gene decided to divorce. The annulment was finalized in 1986.

She does not have biological children with her lover, however, she is the step-mother of Gene’s three kids which he shares with Faye.

Hackman’s eldest Christopher Allen Hackman came into this world in 1960. He is only one year younger than his step-mom. After Chris, Gene, and his ex-wife Faye welcomed two daughters, Elizabeth Jean Jackman and Leslie Anne Hackman.

Ever since reclusing, Gene doesn’t spend time with anyone except his wife and kids. His children visit him and Betsy during the holiday. In an interview, the actor once talked about how he was not able to spend as much time with his kid as he should’ve due to acting commitments.

However, he has since reconciled with his three bundles of joys and we can say, all of them share a cordial bond. A source close to the Hackman family claimed, “He wishes he’d been around more for his children, but now he’s close with them and their kids.”

What are Gene Hackman and Betsy Arakawa up to now?

Since retiring, Gene and his second wife live a reclusive life. He is now in his early 90s and resides in Santa Fe, New Mexico, a place he has been living for decades.

Just recently, an insider talked about his health and said, “His health is good, he still bicycles, does yard work and he’s a great handyman.”

Moreover, he often paints and sketches and also drives one of his two pickup trucks.