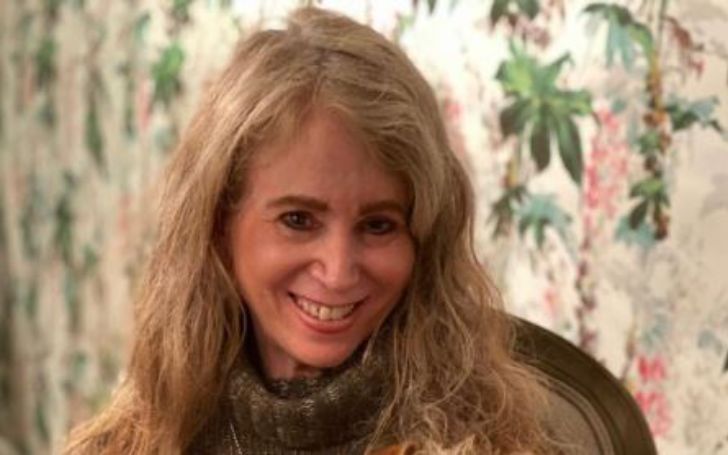 Jill Tavelman is an American socialite who became famous after marrying Phil Collins. The couple exchanged vows in the ’80s and by the ’90s they had already been separated. From their marriage, they welcomed one daughter, an actor, Lily Collins.

The former flames’ relationship was one of the most talked-about affairs. From cheating scandal to divorce via fax, there are a lot of unheard facts regarding the pair’s love story.

Today let’s take a close look at Jill Tavelman and Phil Collin’s relationship. In addition, we shall also find out what Jill is doing nowadays. Let’s also find out if she has tied the knot after her divorce from Phil.

It’s a given fact, you marry or date a celeb, your fame reaches a new height, regardless of your volition. Similarly, before meeting Phil, Jill was an unknown face in the media.

Speaking of which, Jill and Phil first met in the year 1980. Phil was in the US promoting one of his Genesis albums when he bumped into Jill in a local Los Angeles bar. At the time, Phil was fresh out of divorce and wasn’t really looking for anything serious. However, like any man, Phil couldn’t avoid fate.

Phil was first introduced to Jill as Bill Collick just so she wouldn’t latch on to his rock star status. But little did he know, Jill had never heard of a singer named Phil Collins, given that she was a big fan of Springsteen-Cougar style of music.

A few months after they started going out, Phil asked Jill to move to England with him. She agreed and the new couple started living their new life in the country.

Throughout their relationship, the couple became a subject of curiosity. And frankly, we don’t see any reason as to why not. After all, they were one of the famous couples at the time. The former flames used to appear in a number of red carpet events together, looking all radiant and eye-catching.

They dated for a little over three years before deciding to tie the knot. Tavelman and Collins exchanged vows on 4th August 1984, in an intimate ceremony held at a local church nearby to the town Guildford where they were living.

The initial stage of their marriage was quite difficult for Jill. She was living in a new land, far off from her family. In addition, her husband was trying to move on from his previous relationship. Around the same time as their marriage, Phil had embarked on a solo career.

Phil’s first two debut solo albums Face Value and Hello, I Must Be Going! were major hits but it somehow made Jill’s life a bit saddening. If you don’t know, these albums were about Phil lamenting over the death of his previous relationship and the loss of his kids, not literally of course.

Despite all the struggle, Jill and Phil persevered through it all.

Jill Tavelman’s Daughter with Ex-Husband Phil is An Actress

A couple of years after tying the knot, Jill gave birth to her first and only child, a daughter named Lilly Collins on March 18th, 1989. Their daughter has made a name for herself in the entertainment industry. She is famous for appearing in Rules Don’t Apply, To The Bone, and Les Miserables.

Lilly shares an exceptional relationship with both her mom and dad. She usually travels back and forth from the UK to the US just to spend time with them.

Besides, Jill Tavelman’s daughter is happily engaged to Charlie McDowell since 2021. Initially, they had started dating in 2019. Lilly doesn’t like talking about her personal life in the media because she witnessed how the media dragged out her parent’s very personal divorce into the public.

Jill Tavelman and Phil Divorced in 1996: He Cheated on Her

After staying in the marital relationship for around a decade, their relationship came to a standstill. As time went on, things weren’t as pleasant and cordial between Jill and Phil as it was before. Eventually, Cracks started showing up. Phil told his biographer, “There were signs that maybe it wasn’t as special, or wonderful, as it used to be.”

It was during this time that Phil found his way back to his teenage sweetheart Lavinia Lang. His affair was the final nail in the coffin for the duo’s relationship. The only shocking fact about their separation was the fact that Collins had apparently dumped her via fax. However, the English drummer later denied he broke up with Jill in such a manner.

Nevertheless, their divorce finalized in the year 1996.

Being one of the richest drummers in the world, Phil earned millions of dollars from his career. Unfortunately for him, a big chunk of his earnings went straight to his divorce fund. He has had three divorces all of which cost him a huge amount of money.

In the same token, after Jill and Phil divorced, she received a huge amount of money, $23.5 million, to be precise. No doubt this really contributes to her overall net worth.

But before you guys start saying she got lucky and all, let us tell you one thing. Tavelman herself comes from a wealthy family. Many of you might not know this but when she met the English singer for the first time, she was richer than him. So money was never the reason behind her affection towards Phil.

What is Jill Tavelman doing now? Has she remarried?

Jill currently works as a ‘purveyor of resurrected oddities.’ Moreover, she operates a vintage shop named, Waverly On Doheny. The shop is located in West Hollywood, California.

Her store is one of the exclusive antique stores in the vicinity. The store, which was founded by the former school teacher in 2014, consists of rare eclectic antique items. She has gifted a vintage camera to a big Hollywood producer. The video camera contains a video of Amelia Earhart.

As for her current relationship status, she remains single and has not married anyone.

Born on April 9th, 1956, in Los Angeles, California. She is the daughter of a famous Hollywood outfitter who worked with several celebrities including Groucho Marx and Greta Garbo. In addition, her mother, Jane Hale, was a dancer and formerly partnered up with Don Loper.

Tavelman often shares pictures of her mother on her social media platforms. Though we haven’t seen any picture of her dad.

Jill belongs to the Canadian-Jewish ethnicity with her father being a Jew.

Jill Shares a Cordial Relationship with Her Ex-Spouse

Despite all the problems between them, Jill and Phil, to this day, remain on good terms with each other. She often shares pictures with her former partner on Instagram, wishing him on several occasions.

Furthermore, the couple also made several joint appearances together in numerous red carpet events, several years after their separation. We’re sure their daughter Lily has a big hand in this matter.

Who is Svetozar Marinkovic? The Untold Truth of Robin Givens Ex-husband