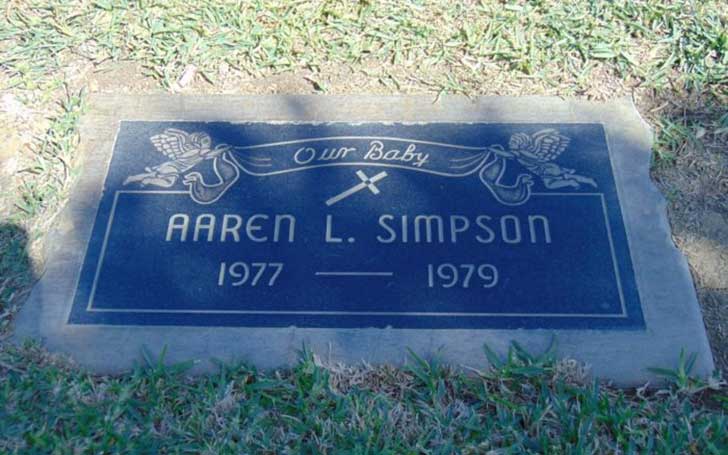 Aaren Simpson was the daughter of American football player O.J. Simpson, aka Orenthal James Simpson. Born in 1977, Aaren, unfortunately, died 2 years later in 1979. However, as a celebrity kid, the youngest daughter of O.J., Aaren’s short-lived life has constantly remained a curiosity in the media.

Aaren lost her life in an accident at her own home. It was when her family was having a happy time in their backyard and Aaren was left unattended for a while. After some time, Aaren was found unconscious in the pool, and the attempts to resuscitate her all went in vain. It’s been decades since the incident occurred, but many of O.J. Simpson’s fans and his well-wishers are eager to know about the incident and Aaren herself.

So, in today’s episode, let’s bring out all the information related to the late daughter of O.J., Aaren Simpson, including her parents, siblings, graveyards a lot more.

Aaren Simpson was Born the Youngest of Three Siblings

She was born Aaren Lashone Simpson to her father O.J. Simpson and her mother, Marguerite L. Whitley on September 24, 1977, in Los Angeles County, California. She was the youngest child of Simpson and Marguerite. She had two singlings, Arnelle L. Simpson, 54, and Jason Lamar Simpson, 52.

Both of her siblings are doing good in their own ways. Her older sister Arnelle previously worked for a rapper named Hash. He was a producer for a few fashion shows too.

On the other hand, her brother Jason is now a chef. He currently serves as an executive chef at two restaurants Golden Eagle and Muchacho in Atlanta.

Did you know O.J. Simpson’s son Jason had a troubled childhood since his parents divorced? As a result, the star kid tried to commit suicide and kill himself. As per sources, Simpson tried to kill himself several times during his teenage.

He once even tried to cut his arms. But, fortunately, nothing bad could happen at the time. So, as of now, Aaren’s brother Jason is leading a successful professional and personal life.

How Did O.J. Simpson’s Daughter Aaren Simpson Die? Her Cause of Death

Aaren Simpson was two years old when she was found unconscious in a family pool in 1979. As per the record, Aaren’s mother pulled her from the pool and was taken to the UCLA Medical Center in Los Angeles. Eight days after she was admitted, the 23-month-old daughter of O.J. Simpson died on the 26th of August, 1979. It was just a month before her birthday.

The hospital authority announced the news on the 27th of August through the hospital spokeswoman Billy Williams. She said Aaren died due to respiratory failure.

Meanwhile, the girl’s father, O.J. Simpson issued a statement on behalf of the family in which he said:

“My deepest appreciation and thanks go to everyone across the nation whose gestures of prayers, cards, phone calls, and well-wishes sustained our family.”

As per Find a Grave, Simpson’s daughter Aaren’s buried in Culver City, Los Angeles County, California. She was 1 year old at the time of death.

Besides, at the time of her demise, Simpson’s daughter, Aaren was survived by her parents and two siblings.

Aaren’s Parents Divorced Even Before Her Death

Aaren’s parents, O.J. Simpson and Marguerite L. Whitley were high school sweethearts. After a short courtship, Simpson married Whitley at just 19, on June 24, 1967. They lived a happily married life for more than a decade and were blessed with three kids as well.

But, ever since O.J. started to rise as one of the best NFL players, his married life started to tremble. Simpson’s growing celebrity persona ultimately ended their married life in March 1979.

Shortly after their divorce, Simpson talked to People magazine where he said his growing celebrity became a problem in his marriage to Marguerite. There he said:

“The price of fame was our biggest problem. My wife is a private person, yet we can’t walk down the street without causing a commotion.”

O.J. Simpson and Marguerite had already separated at the time they lost their two years old daughter, Aaren.

After O.J. and Marguerite divorced in 1979, both of them married again. Meanwhile, Marguerite has been married twice since the end of her first marriage. Marguerite first tied the knot with a transit supervisor, Rudolph Lewis in 1986. Her marriage with Lewis ended short in 1991.

In 1992, she married Anthony Thomas, a furniture sales representative. Marguerite has confined her lifestyle under the media radar following her separation from her first husband. So, as of now, there is no confirmation if she is still together with Thomas.

On the other hand, Aaren’s father O.J. Simpson married a waitress at a nightclub, Nicole Brown. They started dating while Simpson was still married to his first wife. Many online tabloids report his relationship with Brown was one of the main causes of their divorce.

Simpson and Brown gave birth to two children, a daughter Sydney Brooke Simpson and a son Justin Ryan Simpson. The pair also divorced a couple of years after they gave birth to their second child. In 1994, Nicole Brown was found stabbed to death along with her girl pal outside her house in LA.

Aaren Simpson’s Father O.J. Was Sentenced To 33 Years in Jail

After the death of the second wife of O.J. Simpson, his life was never the same. He was accused of murdering his second wife Nicole Brown Simpson reportedly died in 1994, 2 years after their divorce.

However, after a trial from 1994 to 1995, he pleaded not guilty, but after the criminal trial, he faced a civil suit for wrongful death for which he was proven guilty. As compensation, the court ordered him to pay millions of dollars to his ex-wife Nicole and her friend Ron Goldman’s family.

But soon after this, again in 2007, he was arrested for armed robbery, kidnapping, and assault. And this time, Aren’s father O.J. was sentenced to 33 years in jail.

Well, he was released on parole in 2017 and has since remained low profile. The late Aaren’s oldest half-sibling, sister Arnelle Simpson testified for their dad’s parole in 2017.