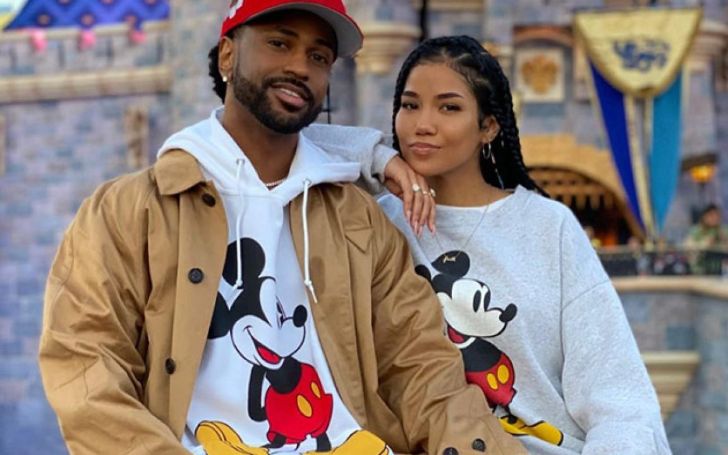 Jhene Aiko and Big Sean might be dating again. Needless to mention, the couple was a subject in the media in the past with their relationship being highly adored. And now again, the boyfriend and girlfriend have come together.

In fact, Big Sean who has been in an on-and-off relationship with Jhene Aiko has also claimed that he might propose to Jhene for a wedding.

Well, in this article below, we are going to deal in detail about Jhene Aiko’s boyfriends, her relationship with Big Sean, and the truth about their speculated wedding.

It was not very much expected considering their multiple breakups in the past, but Jhene and Big Sean seem to have reconciled once again.

If their social media posts are to be believed, the couple is surely dating.

Over the past few months, Jhene and Sean have been constantly posting pictures together on their Instagram and their fans are already very much convinced that they are back in a relationship.

Here is why we believe they are dating.

Watching out their recent posts, their relationship seems to have grown stronger this time. Almost a year after their last break up in 2018, Jhene surprised everyone with an Instagram post together with Big Sean on December 16, 2019.

Soon after this post from Jhene, Def Jam Records made a post where Aiko and Sean were seen together.

While the post with the caption “#Twenty88 in 2020” came from a professional front, it also definitely added clarity about their growing proximity.

While the duo is apparently back together in 2020, it seems Aiko and Big had been making efforts to put forward their feelings for one another for a long time following their break up in 2018.

Aiko took the opportunity to express her feelings towards Big in a comment session in a Tribute post to Nipsey Hussle.

The two have been making posts one after another that is making everyone believe that they are in love again.

On Valentine’s 2020, Aiko came up with a surprise one more time as she posted a photo together with Big Sean on her Insta.  with a caption,

Also, they even had caricaturists draw them and what could look more adorable.

Moreover, the rapper also posted a video driving to Disneyland where he shot Jhene talking. He came up with a beautiful caption confessing his love for Aiko. Here is what he captioned

Are Jhene and Big Sean Planning to Get Married?

Well, here is the real question. With all their social media posts, a question about their wedding has come into the scene.

All this began after a recent Instagram live session where the love birds opened up about the most asked question about their love life.

Jhene and Sean went on a live chat on their Instagram on April 15  to check on their lives while on self-quarantine.

And to everyone’s surprise, the singing sensation went candid about their mutual love for one another.

While they claim to be unattached, Sean seemed pretty much intrigued to answer questions concerning their love life. To one of the questions where a fan asked “Somebody just asked are we dating,” he didn’t answer but instead asked another question, “what the f**k do you think?”

But soon, Jhene went on to ask Sean why he has not proposed to her.

Well, the rapper in response said that he was working on it. In his words,

it’s in the works. Don’t even trip”

However, with that Jhene said that she does not need a man saying,

Whatever, I don’t need no man,

To conclude, Sean and Jhene do not have wedding plans as for now but as we know, the future is uncertain.