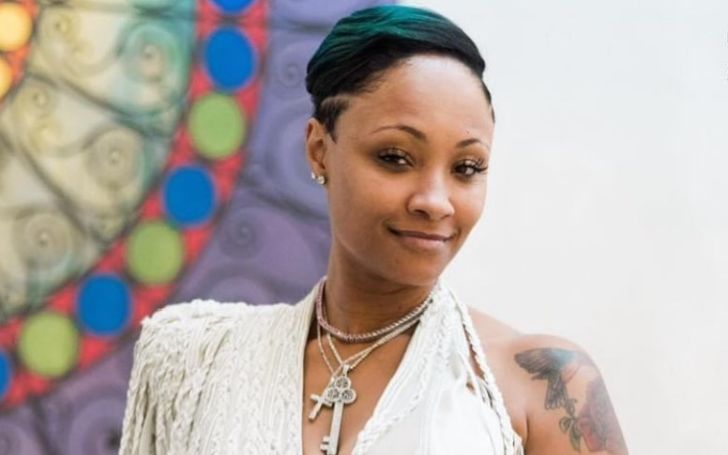 Kesha Ward is one of the well-known celebrity wives in the industry. She is the wife of prominent rapper, 2 Chainz. Her husband 2 Chainz is famous for his several musical works and has released several hit albums like Based on a T.R.U. The story, B.O.A.T.S. II: Me Time, and more.

Although Kesha isn’t a regular face in the media like her husband, the celebrity spouse is doing great in her own right. She is now the owner of A Gift From Heaven Academy.

Besides, talking about their marriage, Ward and her spouse are also leading happy married life since their nuptial. Know does the couple share any children together, their double engagement before the duo’s star-studded wedding, and more. In the following article, explore every major and minor fact about her!

Kesha Ward’s Early Life: She Was Born In The 1970s

Kesha Ward was born on 10th June 1978 in the U.S.A. She belongs to the Afro-American ethnicity. Ward who grew up in the US holds an American nationality.

According to her LinkedIn account, the 44 years old celebrity spouse completed her Bachelor’s degree in Criminal Justice and Corrections from Alabama State University.

What Does Kesha Ward Do? She Is A Businesswoman and Philanthropist

As said earlier, Kesha Ward is a successful businesswoman and a philanthropist. Ward is working in a field that helps herself as well as society.

She is the owner of A Gift From Heaven which is a preschool and childcare facility located in Atlanta. She has been running the school for more than 5 years now. Along with owning the school, 2 Chainz’s wife is also an experienced Pre-k teacher. She is involved in the teaching field for nearly 10 years as of 2022.

Furthermore, Kesha is the founder of the TRU Foundation, a non-profit organization that offers support to the African American Community in Atlanta. In addition to it, Ward is the CEO and founder of Bouncing with Harmony LLC. It is a recreation and entertainment establishment which is located in Atlanta.

She might be involved in several other good works that are still out of the public’s eye. In contrast to it, her husband’s work is very public to the world. Let’s get to know about her famous husband, 2 Chainz.

The real name of Kesha’s husband is Tauheed K. Epps. The famous rapper was initially recognized as one-half of the Southern hip-hop duo Playaz Circle. He while working along with his high school friend, chose the name Tity Boias as a moniker.

Later, due to a few criticisms, Tauheed changed it to 2 Chainz in 2011. In November of the same year, Epps released a mixtape titled T.R.U REALigion, which was the first ever work of his to appear on the music charts, peaking at number 58 on the US Billboard Top R&B/HipHop Albums chart. The album was later renamed Based on a T.R.U. Story.

Despite his music career, 2 Chainz is also a businessman. In the year 2016, the artist opened a line of hoodies called CEO Millionaires or Create Every Opportunity Millionaires. He also owns a line of sweaters called Dabbing Sweaters.

Kesha Ward Was Proposed Twice; Second Time Was At The Met Gala

The rapper had quite unstable emotional life before meeting the love of his life Kesha. Ward and her then-boyfriend 2 Chainz met in the year 2006, while the rapper was still struggling to have a stable life. At the time, Kesha’s future husband was also addicted to marijuana and cocaine and struggling to have a healthy life.

After the couple began dating, Kesha helped and supported him out of the addiction which eventually helped the rapper to make a good music career.

Thus, 2 Chainz is very appreciative of his wife for supporting him in his bad and being by his side. His love for his wife was seen clearly as the rapper proposed to her twice. Yes, Kesha Ward proposed to marry her then-boyfriend, 2 Chainz two times. The rapper asked Kesha to marry him for the first time in the year 2013. She said ‘Yes’ to the proposal but they could not make it for several years due to some private reasons.

Later in the year 2018, 2 Chainz proposed to Kesha most romantically. It was at the Met Gala red carpet in front of all the media and the crowd. Maybe none of us will be able to imagine how overwhelmed and lucky Kesha might have felt.

Kesha Ward Married Her Husband 2 Chainz in 2018 In Miami

After being proposed to most romantically, Kesha and her husband 2 Chainz decided to get married. And the Epps couple eventually exchanged their vows on 18th August 2018 at Villa Casa Casuarina/Versace Mansion in Miami. Ward’s hubby announced their wedding by posting a post-nuptials family portrait on his Instagram account.

Kesha wore a white mermaid dress and walked down the aisle in, John Legend’s song, All of Me. On the other hand, her spouse 2 Chainz was dressed in a black and white classical tuxedo. Both looked gorgeous on their big day.

Furthermore, their wedding was intimate with the presence of family members and a few close friends. However, there was a big blowout afterparty which included a lot more people. Famous personalities including, Kim Kardashian, Kanye West, Gucci Mane, Alicia Keys, Swizz Beatz, and several others were present there.

The couple hugely celebrated the big day as they already had been together for 12 years and now will be for the rest of their life.

Ward Is the Mother of Three Children; Two Daughters And A Son

Many of you might not know Kesha and her rapper husband were parents of three children before marrying each other. Kesha gave birth to her first child, a daughter on July 26, 2008. She has a beautiful name, Heaven. She is probably in high school today.

Similarly, the couple gave birth to their second daughter Harmony on October 20, 2012. The eighth years old star kid might be in her Primary School now. The youngest of all, Halo, a baby boy was born on October 14, 2015.

All of their children are often seen on their parent’s Instagram accounts traveling with the family and enjoying their childhood.

Kesha Ward Is A Millionaire; Her Net Worth

Unlike her famous husband, Ward hasn’t been in the media but has been doing great in her own way. As we said earlier the celebrity spouse is a businesswoman. She has also earned quite a good amount of money from her career. And her net worth is $500,000 in 2022.

At the same time, her husband is still shining in his music career. The rapper has a net worth of $12 million as of the year 2022.

Kesha is living her life happily with her family. She and her husband are active on Instagram and often share pictures of themselves and their children.

Where does Kesha Ward Live?

She currently resides in a Mediterranean-Influenced House in the Hollywood Hills with her family. Rapper 2 Chainz purchased the 8000+ square feet of the house for $3.75 million in 2022.

The house was previously owned by Eva Longoria. The Epps family also has another house in the Hollywood Hills itself which they purchased in the year 2019. The house is worth $2.5 million and also they own a 22-acre property in Palmetto, Georgia.