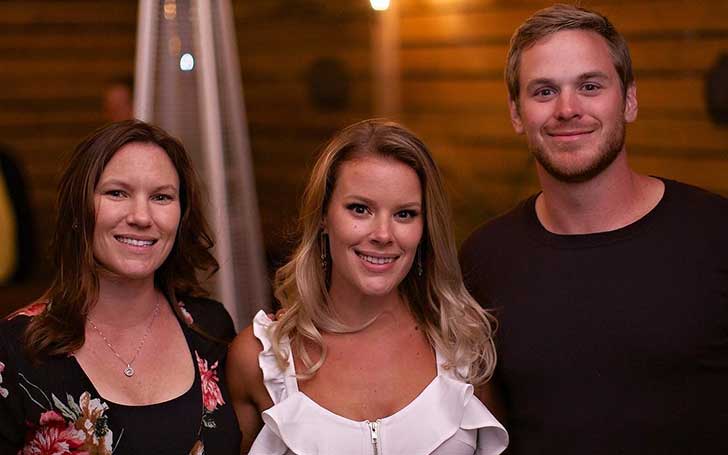 Amanda Holmes is one of the three daughters of Mike Holmes, a famous Canadian contractor and television star. He became a household name in Canada after he started appearing on the HGTV Canada TV series Holmes on Homes in 2005. Also, Mike was the executive producer of the series.

Unlike her father and the rest of her siblings, the oldest child of Mike, Amanda is not very popular and opts to remain away from the limelight. Due to this reason, people barely know anything about her.

So, in today’s episode, we are exploring everything about Amanda Holmes from her childhood to her marriage and profession. Read it through.

Amanda Holmes was born as the oldest of three children of Mike Holmes Sr. and Alexandra Lorex in Canada on September 1, 1984.  Mike married his wife Lorex in 1982 when he was only 19 years old. Mike also started his career as a contractor the same year he tied the knot.

Amanda Holmes’ father, Michael “Mike” Holmes is a renowned Canadian builder, businessman, investor, and television personality. Mike gained popularity as a television star after he featured in the TV series, Holmes on Homes where he helps homeowners rectify their renovations that went wrong.

In the show, Mike usually discovers some serious issues such as dangerous wiring, inadequate insulation, structural damages, and more. He started learning the craft from his father in his early childhood days. At the age of 19, Mike started his own contracting company with a crew of 13 employees. Two years later, he started his own renovation company.

Besides, Mike has also authored two successful books; Home Renovation with Canada’s Most Trusted Contractor and Holmes Inspection: Everything you Need to Know Before You Buy or Sell Your Home.

In May 2010, Reader’s Digest published an outcome of a survey that named Mike Holmes as the second most widely trusted person in Canada behind David Suzuki.

Her Parents Divorce During Her Childhood

Coming to the 1990s, Mike Holmes Sr. was a well-settled businessman. However, his businesses started falling apart during the economic recession of the early 1990s. As a result, his company went bankrupt and he was compelled to sell the company and lay off all his employees.

His bankruptcy led his married life to an end. He sold his car and got divorced from his wife of more than a decade, Alexandra Lorex. Just a month after his divorce, his father, Jim Holmes passed away in a tragic accident as he tumbled down the stairs and broke his neck bone.

A few years later, Mike’s mother, Shirley, died from a heart attack that came as the result of complications from a dental surgery gone awry.

Mike Sr. is not married as of the present but he is in a relationship with his longtime girlfriend, Anna Zappia. Even though they are not married, Mike often calls Anna his wife.

Amanda Holmes is Married With a Child With Her Husband

Holmes has always remained under the media radar. Moreover, she stays away from social media which has kept her completely out of public sight.

Alike her professional details not much about her relationships are known as of yet. However, according to News Break, Amanda Holmes is happily married to her husband. The outlet also mentioned that she has a son named Wyatt with her unidentified husband.

Reportedly, Amanda shares a great bonding with her spouse. However, the duo prefers to keep their life away from the spotlight and barely makes public appearances.

Amanda Holmes suffered from Crohn’s disease for a long time since her teenage days. It is a type of inflammatory bowel disease. It causes inflammation of a person’s digestive tract, which can lead to abdominal pain.

She was pretty open about her diagnosis from the beginning. As per News Break, She was diagnosed with the disease at the age of 18. As of now, she has completely recovered from the disease and has no such issues.

She Also Appeared on Television Show

Even though Amanda has enjoyed being behind the camera most of the time, she has made a few appearances on her father’s show. Some of the TV shows Amanda appeared in include Holmes on Holmes, Holmes and Holmes, and Holmes Inspection.

One of her sister, Sherry,’s old Instagram posts contains a tag to an Instagram with the name “just_wading_around.” And inside the account, we can see her name “Amanda” there. She has set her account to private.

Meanwhile, her father, Mike is an active Instagram user and he often shares his photos with his children from his workspace.

Most of Mike’s photos feature Sherry and Mike Jr. It is just because she doesn’t want to be in front of the camera whatsoever. Mike Sr. once stated that he only shares two of his children’s pictures because his oldest child doesn’t usually pose for photos. Here is the post.

Besides, both of Amanda’s siblings are active on Instagram publicly where they share their photos from their work and with their family as well.

What Is Amanda Holmes’ Net Worth?

Since Amanda has not publicly revealed her professional details, it is unclear if she makes money of her own. However, her father is one of the most successful businessmen, investors, and TV personalities. As far as his net worth is concerned, he is worth around $30 million as of 2022.