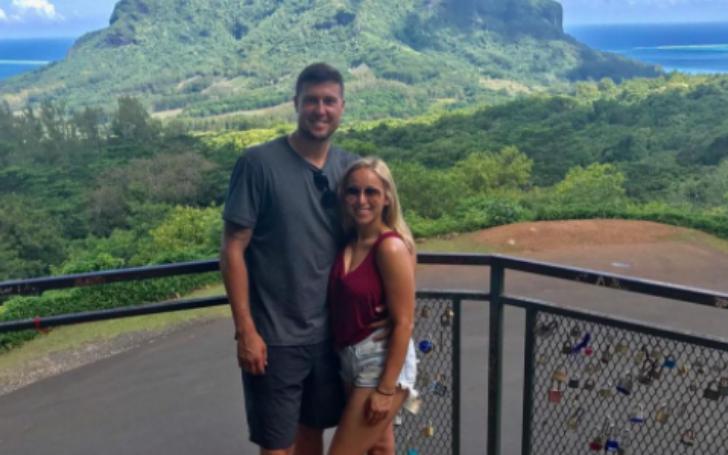 Carli Miles came to media prominence after she married late MLB pitcher, Tyler Skaggs. Their beautiful marital life came to a sad end after Tyler passed away. Her marriage with Tyler didn’t even reach a year before he untimely died. Since her hubby’s demise, Carli has been living a relatively silent life.

Besides, not much is known about Carli’s life. She only became famous after her association with Tyler. This is why fans of the late MLB star are curious to know more about her personal life.

In this article, we’re going to lay out all the intricate details of her life including her early life, parents, and more. Without further ado let’s get right into it.

Carli Miles Bio: She was born and raised in California alongside a brother

Carli was born on January 26th, 1987, in California. She is the daughter of Nina and Alan Miles. Apart from herself, her mom and dad are also a parent of one son, Skyler Miles. The Miles family lives in Los Angeles.

Carli belongs to the Caucasian ethnicity and has American nationality. She has German ancestry.

Talking about her education, Carli studied at Santa Monica High School. Many of you might not know this Carli and Tyler studied in the same high school.

Her brother is in the music business

Skyler currently serves as the CEO and Founder at the King of The Kitchen Music LLC which is based in Culver City, California. He has studied RIT at the Musicians Institute, College of Contemporary Music. In addition, he also studied Music Business at the University of Arizona.

Prior to founding his own record label, Skyler worked at the Record Plant Recording Studio.

Carli and her mom Nina works as Travel Advisors

Tyler Skagg’s widow works with her mother as a luxury travel advisor at Miles2Travel. The company’s sole objective is to create a unique and luxury travel experience for their customer. The mother-daughter duo personally curates itineraries for their clientele depending on the demand. Both of them have roamed to the farthest corner of the world and are more than able to recommend the perfect package depending on the need.

Moreover, Carli and Nina also provide their customers with special VIP treatment due to their great industry relations. Meanwhile, Nina and Carli are Independent Affiliate of Cadence and proud members of Virtuoso Travel Networks, a luxury travel brand.

Apart from this venture, Carli is also involved in the Tyler Skaggs Foundation which she operates alongside Tyler’s mother, Debbie Skaggs. The foundation aims at empowering young people to positively shape their life.

Carli Miles’s Relationship with Tyler Skaggs: Details on their first meeting and Wedding

Carli and Tyler were in a relationship for several years. Initially, they started going out while studying at the same high school, i.e. Santa Monica High School. While Carli was a senior, Tyler was a junior. However, in the unlikeliest of circumstances, love blossomed between the two.

After graduating high school Tyler went on to build a career in MLB. When he was just starting out, his schedule was incredibly busy, so much so he wasn’t able to divide time between himself and his family. Still, the duo endured all the hardship together.

When they were in a relationship, Tyler used to share a lot of pictures of his girlfriend as they went on exotic getaways. Moreover, Tyler was in deep love with his partner. In an interview with LA Times, Carli revealed that every day he used to text her “I love you, I miss you, you’re my best friend, I can’t wait to see you.”

Whenever Tyler was pitching for the Angeles, if he couldn’t find Carli in the stands, he’d text her from the dugout, “Where are you babe, are you here?”

After dating for several years, the twosome got engaged. And after some time, the couple decided to marry. They exchanged vows on December 4th, 2018 in an intimate ceremony. Both sides of the family attended the nuptials. Carli’s mother Nina added a few pictures from the wedding.

For the ceremony, Carli wore a stunning off-white dress with a long veil. On the other hand, her groom looked dapper in a navy blue suit, white shirt, and a red tie.

In an incident that shook the entire MLB community, Tyler Skaggs tragically passed away. On July 1st, 2019, authorities found a body of an unconscious man in a Southlake, Texas hotel room. The body was later identified as Tyler.

Carli first found the news when she was pulling up at her mom and dad’s home in Santa Monica. Angeles manager Billy Eppler first broke the news to her. Upon hearing the saddening news, her screams were heard all over the neighborhood. Recalling the unforgettable moment, she told the LA Times, “I’ll never, ever forget that call.”

After gathering her thoughts, she called Tyler’s mom Debbie and broke the news. Debbie was in utter shock as she started pounding on the couch. She couldn’t believe something like that would happen to her baby boy.

What was the reason behind Tyler Skagg’s passing?

When the autopsy result came, it literally shocked all those who knew Tyler personally. The report revealed he died of a drug overdose. His body had a high amount of opioids including fentanyl, oxycodone, and oxymorphone. Moreover, his death is considered an accident due to the fact that he died after choking on his own vomit.

The sad part of his death was that none of his family members knew he did drugs. His wife told the LA Times, “He didn’t exhibit any behaviors of someone who was abusing or addicted to drugs.” In addition, his mum also told the same thing. “We saw him on a daily basis. I didn’t see any signs of any of that.”

Some times after his passing, another saddening news came knocking down the door. ESPN reported that after federal’s investigation it was found former Angeles Media relations director, Eric Kay used to supply Tyler with opioids. Furthermore, he himself also abused the drug with Skaggs for the past several years.

What’s more appalling is that two of Angele’s employees Tim Mean, former Communication VP, and Traveling Secretary Tom Taylor knew about Tyler’s addiction to the drug yet they chose to turn a blind eye. If only they’d told his family may be the talented pitcher would still be pitching and spending quality time with his family.

What is Carli Miles doing now?

As of now, Carli works with her mother-in-law for the Tyler Skaggs Foundation. While working at the organization, she has been able to at the very least come to terms with Tyler’s death. She reminisces about her beloved every day and wears his wedding ring on a chain around her neck. Whenever times are tough she gently holds on to the ring.

Carli has also kept Tyler’s ashes in a black urn which is shaped like a giant flame. Explaining the design, Miles says, “That flame, that’s just him.”