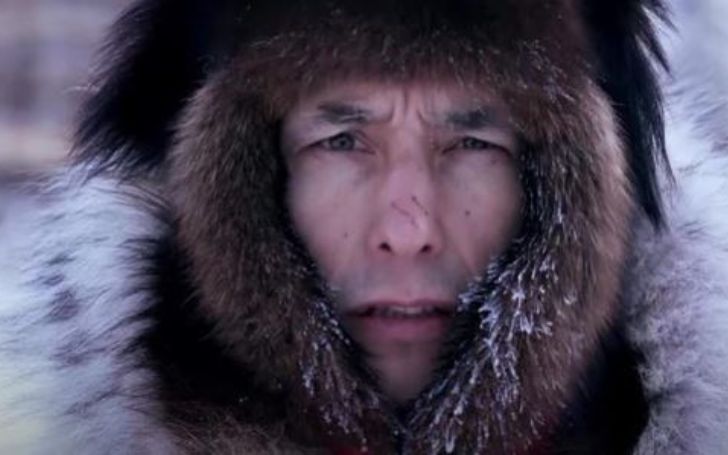 Ricko, one of the casts of Life Below Zero, clearly lives a life worth documenting. DeWilde’s heritage is Alaskan Athabaskan, and he has learned many hunting and survival traditions from his relatives and fellow community members. In the series, he not only displays and explains these ritualistic practices but also pass them down to the next generation: his children.

People close to DeWilde describe him as lithe and powerful from the decades he has spent carrying animals out of the woods. Read more about his wilderness lifestyle as well as some additional facts in regards to his upbringing, his personal life, and more.

The now 46-year-old Ricko DeWilde was born on 4 July 1976. Ricko grew up in the traditional subsistence-hunting way of life. The remote cabin Ricko grew up in with his 13 brothers and sisters was 100 miles by river from Huslia.

DeWilde’s father, Lloyd, was a white man of Welsh descent from San Francisco who moved to Alaska in search of a different way of life. Ricko’s mother, Amelia, was a Koyukon Athabaskan, from the North Fork of the Huslia River, born and raised in Alaska.

Koyukon Athabascan is a group named after the territory its people occupy along the Koyukuk and Yukon rivers. DeWilde’s parents home-schooled him and taught him the traditional Koyukon Athabaskan lifestyle.

Much of what the northern native talks about from those years revolve around learning how, and how not, to hunt. When Ricko was a young boy, his mother taught him to trap rabbits.

His father and mother built several cabins along the rivers outside of the village where the family lived in summer and winter, moving from one site to another, keeping up with the abundance of the land. DeWilde now lives in Fairbanks and often returns to Huslia (population 275). He still calls it his hometown.

The man who grew up in the hinterlands of the Yukon-Koyukuk also occasionally speaks for the Native Americans. He additionally cares deeply about the informal economy of his Koyukon Athabaskan community.

How Did Ricko DeWilde Become A Star In Life Below Zero?

Ricko DeWilde has been a member of the Life Below Zero team for quite some time. He came to the attention of the television producers at BBC Studios in Los Angeles after they found him on video postings he submitted to YouTube of his adventures in the wilds of Alaska.

DeWilde officially joined the cast of Life Below Zero in November 2018. His time on the show mostly includes his Athabaskan traditions of hunting moose, a frequent activity DeWilde partakes in on the hit reality series.

Some of his top caliber and gauge selections include .22 for small game, a shotgun for waterfowl, .308 for almost all big game in the open areas, and the .375 Ruger for the dangerous moose/bear encounters.

DeWilde still adheres to the traditional Athabascan way of life which he says is very demanding, and, at times, an incredibly harsh existence, but he nonetheless finds it far more fulfilling.

One Of DeWilde Brother Died In The Wilderness

One of his brothers, Alan died from some accidents when he was young. Ricko talks about his brother’s passing in one of Sep 2020 episodes of Life Below Zero.

In the episode, he visits the very cabin where his brother Alan passed away.

Apparently, he was all by himself in the wilderness during the time of his death. He had voluntarily left the society to live in solitude for a while.

Ricko DeWilde Has A Clothing Line

Ricko also has a clothing line called HYDZ. DeWilde came up with the idea of launching Hydz when he had to give away some hoodies and sweaters at the potlatch, a traditional Athabascan memorial.

The clothes he donated at the potlatch had arts from one of his friends and subsequently contained images that showed beauty and strength. The reaction to the apparel was so strong that Ricko ultimately started Hydz and began selling them.

Ricko says he wants his clothing line, his activism, and his life to reflect the strength and beauty of the Native American lifestyle. HYDZ means animal hides which is the clothing of all human beings’ ancestors.

DeWilde struggled with loneliness in his youth. With growing anxiety that he would be stuck in the airport forever, Ricko developed a substance-abuse problem with oxycodone and felt trapped.

“I can do something with my life, but this thing’s got me. It’s a very defeated feeling,”

DeWilde said of his addiction in Jan 2019. One other thing that led him towards addiction, Ricko says, is the death of his brother, Alan.

He spent two years in prison on cocaine-possession charges. Ricko, however, says that turned out to be the best thing that ever happened to him. Because of that, he quit drugs and now says he has been clean for more than 15 years — and has definitely turned his life around.

Ricko DeWilde’s Sister Was Killed By A Family Member

In late 2016, DeWilde’s sister, Riba lost her life in a tragic homicide incident. What’s more dreadful was that her killer was none other than her own son, Eli, then 21.

The killing took place in Riba’s Tok home. Prior to her death, she was in the hospital getting treatment for her mental illness. She was known for producing aesthetic works of Athabascan art out of beads, bone, and fur.

Apparently, just before the incident Riba and her son Eli had gotten into a heated argument. Eli had moved with Riba to help her during the fall months.

Riba’s son later admitted to shooting his mother with a Winchester .338 rifle. He though said of doing so in self-defense. Eli told police that years of emotional abuse from his mother made him do the killing.

He also accused his dead mother of sexually abusing him when she was alive and he was a kid. Riba’s other son, Brian later reported, “Something made him (Eli) deep down flip.”

One of DeWilde’s brothers, Victor, however, denied the aforesaid allegations and said he and the rest of the family were closely following what was going on with Riba’s mental health.

Who Is Ricko DeWilde Wife?

It’s unclear whether Ricko is married or not. But he is a father to five children with a woman named Rona Vent.

Though it is confusing if all of the kids are from Rona and DeWilde’s relationship or if the latter had a wife/wives in the past. Rona too apparently is a Koyukon Athabascan.

She and her hunter and trapper partner are parents to daughters Simone, Skarlett, and Maya, and sons Skyler and Keenan.

Though worth noting is – its been a while since Vent and DeWilde appeared by each other’s sides and it has led some to wonder if the couple is still together or not.

DeWilde’s children often help him with hunts and winter preparations.

Ricko despite his proclivity for solo adventures, is very much a family man.

The family resides in the city of Fairbanks.

How Much Does DeWilde Make From Life Below Zero; What Is His Net Worth?

While living a traditional life in the wilderness is not so good way of making a monetary fortune, being a star in one of the most popular reality shows sure assures you some big money.

Although there’s no official word on how much Ricko makes from Life Below Zero, some reports suggest that Nat Geo pays him around $150,000 a year so that they can televise his life in the cold.

With all that said, he might be at least very well on the verge of being a millionaire in the near future if not in the present. Not to mention there are also revenues coming in from his apparel line.

As for his net worth, it should be looming somewhere above hundreds of thousands of dollars and probably below the seven figures.

DeWilde was 15 years old when he had his first moose.