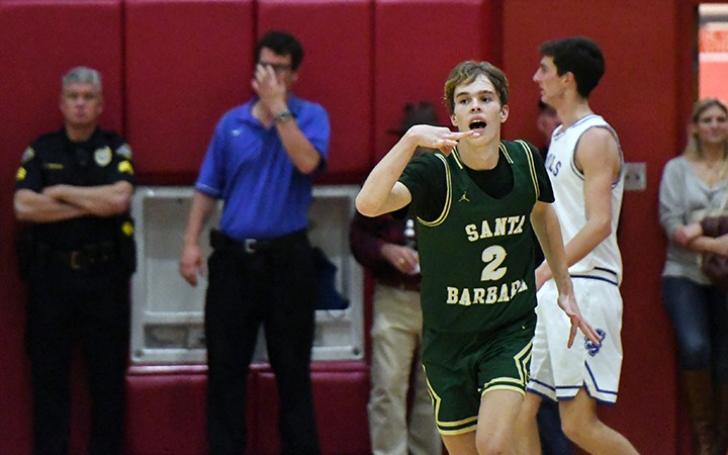 There are a lot of perks of being a star kid. You get to do whatever you want, have the most exquisite of lifestyles, and at the same time manage a great social life. Today we’re going to find out about another one of these celeb kids, Jasper Breckenridge Johnson, Don Johnson’ son.

The fourth child of Don, Jasper is doing great in his life. He is all grown and pursuing his own passion. And no, he isn’t interested in acting, like his father, just yet.

Let’s take a look at his life and find out more about Jasper including his parents, siblings, professional career, education, and more!

Born on 6th June 2002, in a Los Angeles Hospital, Jasper is the second child between Don and his wife Kelley Phleger, however, fourth overall for the Miami Vice actor. He is the father of five children.

Initially, news of Jasper’s arrival was given a few days after his birth on Sunday, June 9th, 2002. Tabloids reported at the time that despite having experienced fatherhood before, Don was still a nervous wreck when his wife was in labor. Thankfully, all went well.

As of 2020, Jasper is 18-years-old. Talking about his ethnicity, he is Caucasian. His paternal family traces its origin to Scotland.

Over the past few years, we’ve all noticed how numerous celebrity kids are not treading on the same path as their famous parents. Moreover, many of the star kids are also breaking the cycle of nepotism.

Take, for instance, Scott Eastwood, Clint Eastwood’s son. Not only did he make it big in the entertainment screen, he even refrained from using his famous dad’s surname whilst starting out. 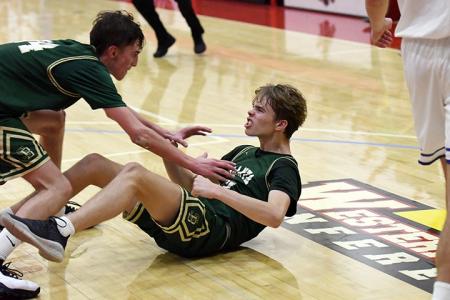 Jasper here is not into making movies right now, be it front or behind the camera. So what is he planning to do in the future?

Apart from his ambition to become a businessman, Jasper is an avid basketball player. He has been playing basketball since his early childhood. Back when he was a freshman, he started his college basketball career.

Jasper wasn’t an ordinary player either. He carved a name for himself and was even part of the prestigious West Coast Elite Under Armour team.

In January of 2020,  Jasper even scored the winning basket for his team Santa Barbara High against their city rivals San Marcos Royals. Don, being a proud papa, shared the video from the SBHS’s Channel league victory over the Royals.

What a moment! Every dude’s dream, hit the game winner against the cross town rival! With 1.1 on the clock. Bursting!!!

There is no denying Jasper’s skill as a basketball player. It is safe to say, the kid will make it big in the basketball scene given he is properly trained and no injuries hamper his career.

Jasper Breckenridge Johnson Brothers and sisters: How many biological and half-siblings?

Jasper’s dad Don has been in numerous relationships in the past. From these affairs, the Johnson brood has altogether five children. But there is a lot of confusion regarding who’s who.

So Jasper is the son of Don and his Kelley. Apart from himself, he has one older sister, Grace Johnson, born December 28, 1999, and Deacon Johnson, born in 2006. His sister Grace is a model who has been affiliated with some of the biggest brand labels.

Jasper’s sister Dakota is an award-winning actress known for her work in the Fifty Shades of Grey movie series. Meanwhile, Jesse is an actor and appeared in many hit movies as well.

All five of them share an exceptional bond with each other. Don Johnson, the patriarch of the family, holds them all together. Despite his differences with his partners in the past, they all are still one family.

Don Johnson and Kelley (nee’ Phleger) got married on April 29, 1999, in San Francisco. Around 75 guests were in attendance including Don’s close pals, Cheech Marin and Kevin Costner. The then-mayor of the city Wille Brown officiated the wedding. 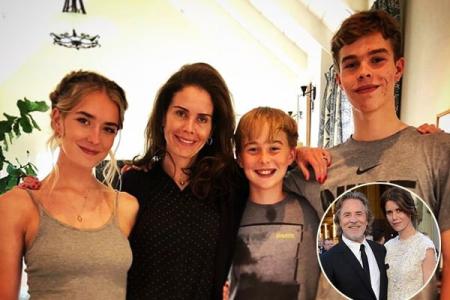 In attendance, there were many people from San Franciso upper high class. Billionaire Ann and Gordon Getty even hosted the ceremony.

Many of you might not know that Jasper’s mother also comes from an influential family San Francisco family and is a former debutante. His mom and dad first met at a birthday party of San Francisco’s mayor Willie Brown.

Prior to meeting Don, Kelley worked as a nursery school teacher.

How much is Jasper Breckenridge Johnson Net Worth?

Jasper’s net worth is not estimated yet due to the fact that he doesn’t have a career, as of this moment. On the other hand, his lifestyle sure is extravagant.

His father Don is worth a staggering $50 million and his mother happened to have an influential background. In addition, Jasper’s dad also owns an island on, south coast of Vietnam, where the family often goes to relax.