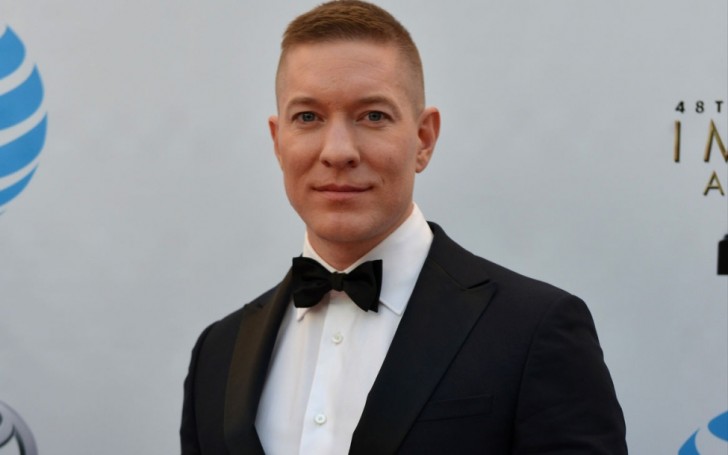 Actor Joseph Sikora won many hearts after the actor portrayed the role of Tommy Egan in the hit series, Power. In the series, he appears alongside, Omari Hardwick. Aside from the series, the handsome actor has appeared in several other movies as well.

The Chicago native from the beginning of his career loves to remain tight-lipped about his personal life. Maybe this is why fans are eager to know who is Joseph Sikora’s wife.

The question has been asked rather frequently. We do know Joseph enjoys a great marital life so becoming curious about his spouse is only natural. Well, we’ve all the answers here! In this article, we will find out about his wife, her profession, and how they first met.

Joseph Sikora married since 2014: Details on his secret marital life

Yes, Sikora is married for over five years now. He tied the knot with his girlfriend of a few years in 2014. Many of you might not know that he exchanged vows around the same time he first auditioned for the series, Power. Back then, he almost missed the part due to his wedding commitment.

However, when the main part of Ghost St Patrick went to Omari Hardwick, Joseph decided to go for it. Besides, Joseph has rarely said anything in regard to his personal life. His secretive nature even led tabloids to question his sexuality, however, now you know he is a straight guy.

When the news of his marriage first hit the internet, it took us all by surprise. Even so, there was one more thing missing, and that was Joseph’s wife’s name. Let’s find out her name in the section below!

What is Joseph Sikora’s wife’s name? The Truth about her identity

Joseph is sharing a delightful life with his wife, Tania Sikora (nee’ Ribalow). Though various tabloids claim that Joseph’s wife’s name is still a mystery, we know who she is. Mystery solved ladies and gentlemen!

As for who is she, well, Tania is a make-up artist based in New York. Nevertheless, she isn’t your regular make-up artist as she has worked in several award-winning movies and TV series.

Just like her hubby, she is also doing great in her professional life. She has served as the key make-up artist for several projects including Joker, The Irishman, The Greatest Showman, Notes From the Field, Broadwalk Empire, and more.

What’s more, Joseph Sikora’s wife has been nominated for two Emmy Awards as well, one for The Knick and one for VINYL. Moreover, she is also the recipient of the Annual Make-up Artists and Hair Stylist Guild Awards. She won the award alongside award-winning make-up artist, Nicki Ledermann.

How did Joseph and his partner first meet?

The story is straight out of a romantic novel. The duo first met on the set of Boardwalk Empire. While filming the pilot, Joseph crossed eyes with Tania, one of the few make-up artists on the set. In many of his interviews, Joseph claimed he was instantly smitten by her.

In an interview with The Untitled Magazine, while answering the question if he ever fell in love on set, the actor said, “Head over heels! I fell in love with the set of Boardwalk Empire when we were shooting the pilot.”

However, the feeling was not mutual on Tania’s side. Joseph revealed Tania’s crew had a strict policy of not dating actors from the same set. Apparently, her crew believed actors can be a little egotistical and self-obsessed. Regardless, fate had other ideas.

Also, Read: What you should know about Terrence Howard’s wife Miranda Pak?

Over the course of one or two years, Joseph worked alongside many of Tania’s friends. Upon witnessing Joseph’s personality firsthand, all of them literally asked Tania to give him a call, though she didn’t. Her unyielding attitude changed when her boss set them up on a date and her boss was none other than Nicki Ledermann, the award-winning German make-up artist.

In the same interview with The Untitled Magazine Joseph even thanked Nicki and said, “Thank you, makeup artist, extraordinaire, Nicki Ledermann!”

Joseph’s character Tommy is a favorite among the Power fandom. His interesting character design, especially the way he portrays his anger is what makes him one of the best characters.

What many of you might not know is that Joseph had anger issues in real life as well. Yes, he even took an anger management class for five years. Though he took the classes to take control of his life, it also helped him to understand his character, Tommy’s anger.

In addition, Sikora maintained that his wife even told him she wants no part of his relationship unless he goes to therapy. The actor subsequently accepted his spouse’s decision.

Upon joining the classes, Joseph soon started realizing that he really has a problem. He revealed,

“I was blaming a lot of stuff on other people rather than taking responsibility for myself and my life. It also proved somebody cared enough about me to offer this way out and it worked.”

Joseph also said in the interview that upon finding his wife, his life started having a new meaning. He had found something else he loved more than just acting. Life became much easier.

As many of you might’ve known after reading this article, Joseph likes to keep his personal close to his chest. This is why not a single tabloid knows his wife’s name except us. In a similar fashion, there are many speculations if Joseph has become a father or not.

To answer the question plainly, Joseph has not welcomed a child with his lover. However, we know how, for many years, Sikora was hiding his partner from the public eye. Even though the man himself has never talked about having a daughter or a son or anything, the day isn’t far when he comes out in the open and tells the truth.

Till then, all we can do is wait. As of 2022, Joseph resides with his wife Tania at their apartment in New York City.