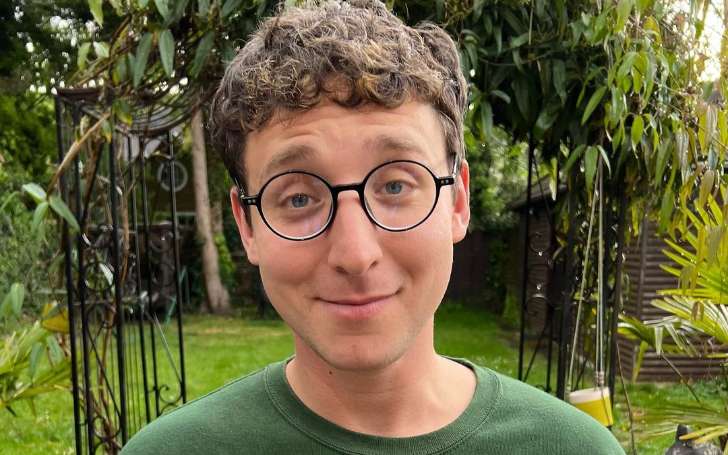 Julius Dein is a British street magician who has received huge appreciation worldwide for his mind-altering and hilarious magic tricks. Further, he is also a social media influencer with millions of followers on his social media handles.

As a world-famous magician and social media star, Julius has a huge base of fan following across the world. So, there is no doubt that those millions of his well-wishers and fans want to know about his personal life too. Well, then who is Julius Dein’s girlfriend at present? Is he in a relationship or Is he single at the moment?

Today, in this article, we are going to explore the magician Julius Dein’s personal and professional life. Our focus will be more on his relationship, so to know, scroll through the following piece of article.

How Old Is Julius Dein? He Is From London

As of 2023, the British magician Julius is 28 years of age. He was born on April 23, 1994, in London, England under the birth sign Taurus. Likewise, Dein spent most of his early life in his hometown with his family. His father Jeremy Dein is an English barrister and his mother Lee Dein is an author.

As for education, he studied A levels at JFS School from the year 2006 to 2012. Further, he majored in BA International relations from the King’s College, London. And while Julius was studying at King’s, he spent an exchange year at the University of California, Los Angeles.

Besides, he holds British nationality and is of Jewish descent. He stands at a height of 5ft 7 inches.

Julius Dein Is A Magician And Illusionist; His Career Detail

The London native Julius is a world-famous magician. He often performs his magic tricks in the street among the masses and to date, he has traveled to over 50 countries to perform his jaw-dropping hilarious magic stunts. Dein has become one of the most recognizable magicians who has taken his magic across the globe.

Not only does he perform on street but the magician also films his videos and uploads them on his social media account. Through his viral magic stunts, he succeeded in garnering millions of followers on his social media and established himself as a social media personality. Further, as per his LinkedIn, Julius is a viral video marketer and also a speaker.

How did Dein Develop Interest In Becoming Magician? His Magical Journey

Julius’ magical journey to become one of the biggest magicians started when he was just 9 years old. He was hooked up with the profession when he went to watch a magic show with his grandparents for the first time. After that, he began taking classes for it, and eventually at the age of 13, he did his first job as a magician in Camden.

Further, he took his passion to his college. While he was a college student, he professionally started performing his magic tricks at birthdays, private parties, and corporate events in his native country. Then, how come the London-born magician became popular in Hollywood?

Moving on to his Hollywood journey, began when he moved to California as a foreign exchange student at the University of California (which we mentioned earlier). Around that time, Dein got a chance to perform at celebrity parties. His unique and hilarious tricks worked magically as he vowed several Hollywood artists which in the end helped in gaining huge recognition in Hollywood.

Who Is Julius Dein’s Girlfriend? Is He In A Relationship At Present?

At present, Julius seems to be single. Though several online tabloids suggest that the magician is dating the social media influencer, Estelle Berglin, the couple is no longer involved romantically. Back in August 2022, Julius Dein came on Facebook Live together with Estella and called her his ex-girlfriend.

Coming up to 2023, the couple is no more girlfriend and boyfriend. In December 2022, he uploaded his photo together with Estella and captioned it,

Even though the two former romantic couples have broken up, their latest images together suggest that they are still good friends with each other.

Who Is Julius’ Ex- Girlfriend Estella? How Long They Dated Each Other?

The illusionist’s now ex-partner Estella Berglin is a Umea, Sweden born 25 years old social media star and content creator. In addition, she is also a fitness trainer in Dubai. Talking about her relationship with the Internet’s biggest magician Julius, they came across for the first time in the year 2019.

After their first meet-up, Julius and Berglin started dating in late August 2019. After 3 months in November 2019, Julius and Estella made the official announcement of their relationship while promoting a clothing store, Joshua Kane at The Royal Exchange. Since then, they started sharing lots of photos with each other on their respective social media account. On the 1st anniversary, the magician wished his love with a lengthy caption on his Instagram.

“Happy 1 year anniversary to my gorgeoussss diamond amazing girlfriend Estelle Berglin who stole my heart at my Sweden show last yea Congratulations for tolerating me for an entire year. You deserve a BIG medal  ( all my friends will agree).”

But eventually in August 2022, in his Facebook Live with Estella, he called his beautiful partner his ex-girlfriend. So, from this, we can certainly say that they have broken up, maybe around that time. Counting on this, they stayed in a relationship for almost three years, and currently, the ex-partner shares a good friendship.

Dein Previously Dated the Actress Madison Willow; Details On His Past Affairs

Before his relationship with Estella, Dein dated American actress Madison Willow who is known for her movies like Hellarious (2019), The Split Mind (2016), and The Dark Prince. The former flames dated each other for almost a year and after that, they split.

Julius and Willow announced their separation through a YouTube video titled ‘We Broke Up’ on February 26, 2017. In the video, both seemed sad and it seems like their relationship ended with mutual consent.

However, after some months, Madison again made a video titled ‘The Truth About Julius Dein’, in which she said that Julus verbally abused her and didn’t love her truly when they were in a relationship.

His Other Rumored Past Affairs

Apart from his well-known relationships with Estella and Madison, he is reportedly been in a romantic relationship with the actress named Amber Doig-Throne. Though there were reports about Amber and Julius having an affair, neither of them ever confirmed it publically.

In the same way, the London-born magician was also linked with the American singer-songwriter Lauren Jauregui. But just like his rumored relationship with Amber, this also was never confirmed by either party.

The internet’s biggest magician is hugely active on social networking sites. He is on Instagram with 6.8 million followers. Further, he is also on Facebook with 43 million followers and on YouTube with 8.90 million subscribers.

Moreover, he has a TikTok account which has 11.6 million followers, and on Twitter, he has 71.4k followers.

Net Worth: How Rich Is Julius Dein?

The magician, Julius Dein is reported to have a net worth of $10 million. He earns a major portion of his money from his career as a magician. In addition, Julius may also have collected huge capital as a social media influencer.