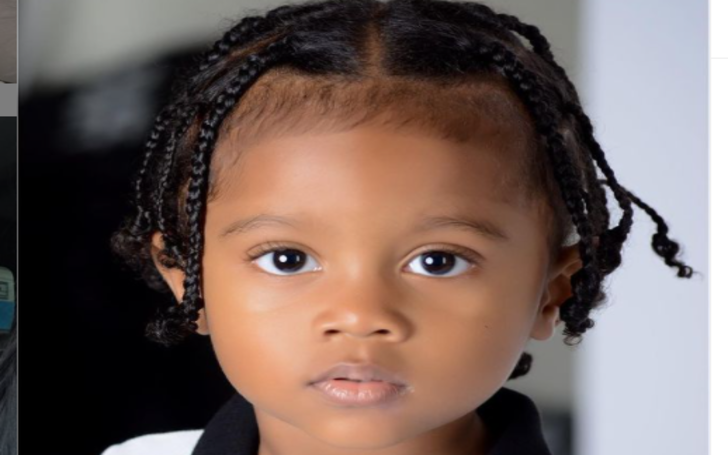 Kody Cephus, born as King Kody Cephus, is the son of rapper/singer, Offset and his former partner, Oriel Jamie. Kody’s father, Offset is a member of the hip hop trio Migos, with his cousins Quavo and Takeoff. Offset is also an investor in the esports organization FaZe Clan.

King is showcasing an intriguing talent from such a young age. In fact, he might be the one among Offset’s children to continue his legacy.

Know how he is doing so good in rapping from such a tender age. Also, know all about the drama and story that Kody’s father and mother went through prior to his birth and even after their separation.

Kody was born on March 3, 2015. His mother, Oriel Jamie is a native of St. Louis, Missouri. She went to Hazelwood Central High and finished her college at Clark Atlanta University.

Kody’s father is of African American descent and is a native of Atalanta, Georgia. He grew up with his cousins in Gwinnett County, a mostly suburban area near Atlanta.

In addition, the Studio is a posh and trendy eyebrow shaping studio offering face waxing. It focuses on all-natural products and pays close attention to all aspects of the process.

Offset and Olier Jamie dated for two years starting in 2013 before they welcomed their child, Kody. They are yet to reveal when they decided to call their relationship off. Allegedly, one of Offset’s close friends thought that Oriel was the one for him before he left her to pursue a relationship with Cardi B.

While Offset spends a lot of time with Kody, his ex and King’s mother, Oriel has had issues in the past about the rapper’s parenting. After the news of Cardi B and Offset’s engagement, Jamie took to Snapchat to call the Atlanta artist out for not introducing Cardi to his son, writing,

“Congrats to my son daddy and his stepmother whom he has yet to meet. Hopefully, he at least gets an invite to the wedding.”

Despite the early drama, as of the present, things seem to be warm and mutual between the two.

Kody Is Following In His Father’s Footstep

Too many times has Kody hung out with his father in his studio and for a number of times he, himself, has tried to rhyme words of his own. Among Cephus’ four kids, one was bound to get into the family business and Kody is seemingly fulfilling that prophecy.

Kody has oftentimes taken over duties on the microphone to spit some clean freestyle bars. In May 2020, Offset shared a video where his youngest son rapped,

“I’m fly with the King Kody. I got beats, I’ma jump on the trampoline, I’ma do all that and, yeah/I’m ’bout to go in the building.”

What’s impressive is the fact that considering his age, his rapping ability appears quite promising with complete hand motions and all. Every now and then, Offset, shares a video of his six-year-old son rapping for the camera, and his vibe and hand motions say quite a lot about his improvement.

Kody’s impressive flow on the beat is the one that makes you fall for the little star.

In August 2021, King Kody flexing Lamb Truck earned praise from his Grammy-winning stepmother Cardi B. Commenting on King’s skill, Almanazar said, “This song is getting stuck to my head.” The video garnered 2.6 million views and more than 580,000 likes on Ig.

Kody Has Three Half Siblings

Through his father, Offset’s previous and current relationship, Kody has one older half-brother, Jordan, and younger half-sisters, Kalea Marie Cephus and Kulture Kiari Cephus. Each of them was born through her father’s relationship with different women.

Offset had his first child, Jordan with Justin Watson. He was 17 at the time. For the most part, Watson kept her life private. She, however, made headlines when in 2017 she sued the rapper for child support.

She blamed Offset for providing meager financial assistance and said that he rarely contributed to medical expenses, education needs, and extracurricular activities. Watson asked for retroactive child support and $15,000 to cover attorney’s fees.

Kody’s father later revealed that he broke down when he made his album, The Father Of Four; for the reason — it took inspiration from his own struggle with fatherhood.

The Bad And Boujee rapper once said the journey of becoming a father for the first time was a little tough. He added, at the time of Jordan’s birth, he was trying to find himself and that he was too young for such a responsibility.

Kody was his second child whom he shares with his ex-girlfriend, Oriel Jamie. The Atlanta-born artist and Jamie started dating in 2013 and had Kody on March 3, 2015.

After his relationship ended with Jamie, he started dating a Floridian rapper, Shya Lamour with whom he had his third child, Kalea Marie Cephus. The relationship lasted for only about a couple of months.

Kody’s father then went to have a high-profile relationship with the Grammy-winning artist, Cardi B with whom he had his fourth child and B’s first, Kulture Kiari Cephus. With B, Offset is about to welcome his fifth child.

King’s father, Offset has had several bad encounters with law enforcement since the beginning of his early career.

In 2013, amidst the release of his first single, Versace, Offset received incarceration in Georgia’s DeKalb County Jail after violating the probation that he had received due to prior felony convictions for burglary and theft.

Additionally, in 2015, police caught busted him with the possession of an unspecified Schedule II narcotic, marijuana, and possession of a firearm in a school safety zone.

The other felonies Kody’s father committed include battery, rioting, and driving with a suspended license. He has also been detained for carrying a concealed weapon.

Just in case you were unaware, Kody Cephus is also on Instagram, which is run by his mom. As of 2022, he has over 1k followers on the platform, where there are numerous photos of him from his day-to-day life.