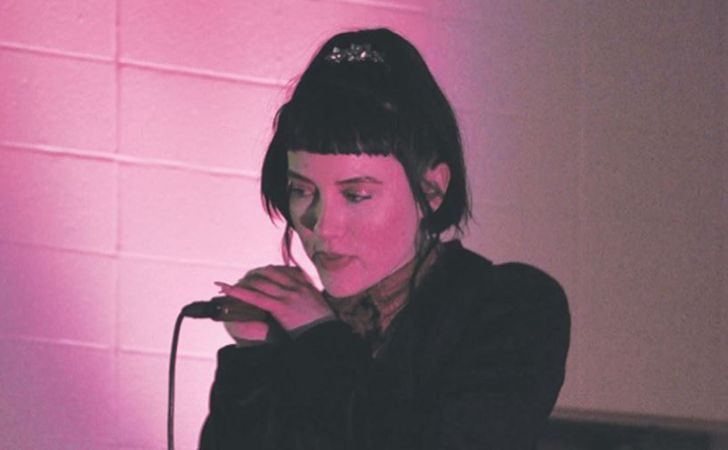 Marieangela King, also recognized as Queenie, is an English singer and musician. In fact, she is also the lead singer of the English hip-hop band “King”, along with her siblings. So far, she has released several successful albums and singles, both with and without the band. Not only this, but she also has a hand in radio and television.

Apart from a praiseworthy success as a singer, Marieangela is also recognized for her marriage. In fact, she experienced a sudden rise in her fame with her wedding to singer Elijah Blue Allman, son of legendary singer Cher. Well, she has been married for years now, how is her relationship with her husband at present? Does she have any children?

Further, in this article, we will also talk about King’s parents, her relationship with her siblings, career, and her financial status as well.

Marieangela King, aka Queenie, Bio: She Grew Up In 30 Different Countries

The successful singer Marieangela King was born on born 16 July 1987, in Bombay, India. While her father Michael Jaffray King is British, her mother Irmgard King is German.

Born and raised to the parent of two different countries, she along with all four of her siblings holds both English and German nationality. And the most interesting part is that during her growing up years, she moved to 30 different countries along with her parents. Further, she is also fluent in 4 different languages.

Talking about her education, not much is known, but she was reportedly home-schooled for a major portion of her life.

She Has Four Sibling

Marieangela King is not the only child of her parents. She rather has five other siblings, two brothers, and three sisters. The oldest among all her siblings Michael Phillip King was born on 2 March 1985, in Pune, India. Likewise, David Lucius King was born on 3 February 1995 in Perechyn, Ukraine.

Jasmina King on the other hand was born on 19 February 1990, in Bombay, India. Likewise, the youngest in the family, Natalia King was born on 7 May 1992, in Uzhgorod, Ukraine.

Marieangela King’s Career: She is a Successful Singer

With an interest in music from an early age, Marieangela, along with her siblings, began singing professionally in 1997. They even made a few appearances on radio and TV shows. In around 1998, the siblings were approached by Word Records/Warner Music Group, which offered them a recording contract worth $4 million. However, owing to their young age, King’s parents rejected their offer.

Formation of The Band “King Family”

In 2007, Marieangela, along with his five siblings, took their first step to their now extravagant career, with the formation of their band “King Family.” With the band, they even started writing and producing their own songs.

Very soon, the band signed a contract with EMI Capitol Records in Germany. They released their debut single Carry Me Home in January 2008, which ranked in the German Single Charts.

Almost three months post their first single, they released their first album of the same name and another single Perfect Day, which became hugely successful.

Almost over a year with EMI, they parted ways and renamed their band “KING,” eventually moving to the US to pursue a musical career. Well, the band’s decision to move to the US was highly appreciated by many including the American music manager Doc McGhee.

In fact, the band’s journey to stardom is even documented in the German TV channel VOX series Goodbye Deutschland! Die Auswanderer.

Well, with the band’s transition to the US, Marieangela King collaborated with several other singers, songwriters, & producers like Glen Ballard, Bonnie McKee, Mitch Allan, Jon Ingoldsby, and Justin Trugman.

34 years old singer Marieangela married Elijah Blue Allman, the son of Turn Back Time singer and rocker Gregg Allman, and Cher. The couple married on December 1, 2013, amid a beautiful wedding set up in their Beverly Hills home, a month after their engagement on 25th November 2013.

While Elijah’s mother shunned their wedding, her father was present as they shared rings. Moreover, since Elijah’s mother was not in agreement about his marriage with King, the couple reportedly had to elope.

Explaining the situation and the decision to elope, Elijah said,

I wasn’t going to wait for anyone’s approval and congratulations just like I’ve never waited for any of that my whole life. The way I eloped with my wife is the same way I’ve done everything I’ve ever done. I don’t know any other way and we knew it was the right time.

I’ve always been the black sheep of my family. The reason being we just have different value systems and we just have a different mentality and that clashes a lot. We have lots of ups and downs and right now isn’t the best time.

Talking about the same, Marieangela ‘Angie’ King said that they eloped in a Romeo and Juliet fashion and that their wedding was a closed ceremony.

We eloped in a real Romeo and Juliet fashion in early December. We got married in front of the fireplace in our new house, we kind of christened it. Just a few friends came, one of them was my good friend, the rapper Mickey Avalon.

Does Marieangela King Have Any Children?

Apparently, Marieangela does not have any children. So far, the couple has not talked about having any kids, neither they have made any public appearances with any children.

Like any successful celebrity, Marieangela is pretty huge when it comes to her net worth. She earns a decent amount of money from sales of albums, concerts, and endorsements. However, she has not so far revealed her exact net worth.

On the other hand, her now-husband, Elijah is pretty huge with $10 million in net worth as per Celebrity Net Worth.