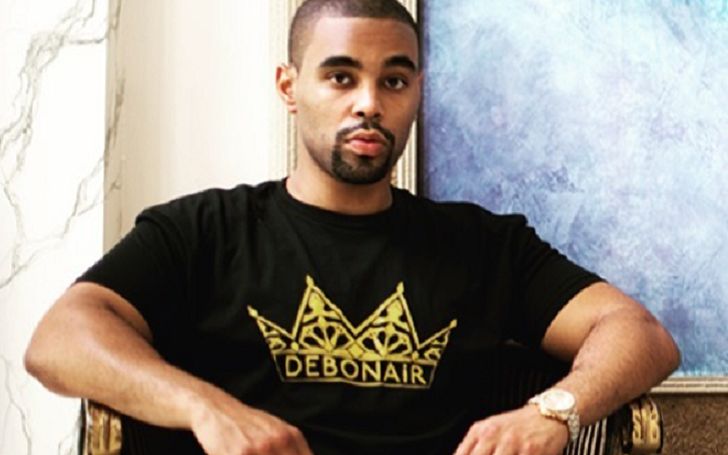 Amir Tyson is the son of the boxing legend Mike Tyson, an undisputed world heavyweight champion. The young star kid has a great relationship with both of his parents, although they are no more in a relationship. At the time of their separation, Monica claimed that Mike wasn’t a devoted father who did prefer to spend most of his time out of the home. But, as of now, things seem to be okay when it comes to Tyson’s role in the family.

Besides, Tyson has a biological sister Rayna Tyson who is actively involved in showbusiness with a few acting projects. Moving towards his own professional success, Amir is now running his own business and doing his internship at ESPN.

Let’s know more about Mike Tyson’s grown son Amir, including his opulent childhood in a multi-million-worth mansion and more!

How old is Amir Tyson? Details on His Comfortable Upbringing

Amir is aged 24 as of 2022. He was born on August 5, 1997, in Bethesda, Maryland, to Mike and Monica Turner. For his childhood, the star kid spent the majority of his childhood in Bethesda. Back then, the family resided in a $4 million worth mansion. The house was later handed to Monica following her divorce finalization with Tyson in 2003. After her children grew up, Turner decided to sell the mansion with an asking price of $9.75 million in 2020.

Furthermore, the house gave the mesmerizing view of the Congressional Country Club golf course. Monica once said that her kids used to cheer on Tiger Woods from the mansion.

Know Something About His Mom

Amir Tyson’s mother Monica was a medical student at college who study psychology and biology at the University of Virginia. She then graduated from Georgetown University School of Medicine. And Monica now serves as a pediatrician.

His Education: Know About His Internship at ESPN

Amir attended the American University in Washington and majored in Broadcast Journalism with a minor in History from the college.

Soon after his graduation, Amir joined ESPN as an intern in May 2017. As per his Facebook page, Tyson’s son is still an intern at the network.

Amir Tyson Career: Is the Founder of Debonair Attire

The aspiring journalist Amir has also tried his hands in the business world with a small start. He founded a clothing company named Debnoir Attire which features several clothing items. His mother also works with him on the project. They promote Debnoir’s items through its official Instagram page to maximize their sales. The account has over 10-thousand followers as of 2022.

He Deeply Supports to Cure for Multiple Sclerosis

Mike Tyson’s son Amir donates a certain percentage of profit from his clothing merchandise to do more research on Multiple Sclerosis. He started donating following his mother Monica was diagnosed with the disease some years back. The disease mostly affects the victim’s brain.

Being the son of such a boxing legend father, Amir has developed a strong passion for boxing too. Back in early August 2021, the emerging talent made headlines after his father Mike said that his son was desperate to fight Logan Paul in an episode of his ‘Hotboxin’ podcast. The show starred Henry Cejudo and David Benavidez.

However, it seemed Iron Mike wasn’t convinced with his son’s decision to take up boxing with Paul, the YouTube star. In his podcast, Tyson said,

“I said, ‘Man, just get a job. Get a real estate license. Just chill out, man. Why can’t you take advantage of your lightweight wealthiness? Just chill.”

“You don’t want none of that heat. I’m telling you. This drives people to commit suicide, getting humiliated in front of millions of people. You gotta be able to take that pressure and heat. Not many people can do it.”

Amir grew up along with his older sister named Rayna, born on Valentine’s Day of 1996. She was always interested in the show business and studied Film and Television Production at New York University. She was also nominated for Best Film Student at the college in 2016.

The following year, Rayna went on to work on The Death and Life of Marsha P. Johnson. She came into the limelight after working as a crew member of the smash-hit movie Joker. The film starred Academy-Award-winning actor Joaquin Phoenix.

Similarly, Amir has also featured on a couple of on-screen projects. He first appeared on the talk show I Wish You Knew (2018-19). He also had a small part in the comedy Best Sheep.

Has Four Half-Siblings: One Died at Age Four

Amir has two younger half-siblings named Milan and Morocco from his father’s third marriage to Lakiha Spicer. The couple married in June 2009, eleven days after Tyson’s then-four-year-old daughter Exodus’s death. The boxer had a child with his ex-girlfriend Sol Xochitl.

The marital relationship between Mike Tyson and Monica Turner was full of ups and downs. The former flames first came across at a party at the New Jersey estate of Eddie Murphy in 1990. However, two years after their meeting, Tyson was charged for raping an 18-year-old beauty pageant contestant Desiree Washington. Following the case, the boxer was prisoned for six years.

As per The Washington Post, Turner used to visit him almost every two weeks. They got closer at the time. Tyson was released from jail in 1995. Soon after the boxer got out, the two started appearing here and there, flaunting their budding romance.

After two years into the relationship, Mike and Monica exchanged their vows at their Bethesda house in April 1997. Nonetheless, Mike continued to face legal troubles even after their marriage. He was given a sentence to one year in prison for assaulting two motorists in 1999. Monica was still silent but couldn’t be more after Tyson started cheating on her. She eventually filed for divorce, citing Tyson’s adultery in Jan 2002.

The couple’s divorce process came to an end in 2003. Turner reportedly received $10 million from their divorce settlement, including a couple of luxurious houses.

Young Tyson Relationship With His Parents

Despite his parents’ messy divorce, Amir maintains a close relationship with both of them. He often appears with his famous father on various occasions. Similarly, the promising TV personality has posted many pictures of his mother on social media, especially on Mother’s Day and on her birthday.

What is Amir Tyson Net Worth?

His estimated fortune is $500,000 as of 2022. He has racked such a good fortune from his various endeavors. On the other hand, his father, Tyson, has an estimated net worth of $10 million. Mike’s main source of income is his boxing career.

Does Tyson Have a Girlfriend?

No, Amir doesn’t have a girlfriend until now. The 24-year-old boy has kept most of his personal details to himself. Thus, it becomes much hard to trace out if Amir is dating someone or not.