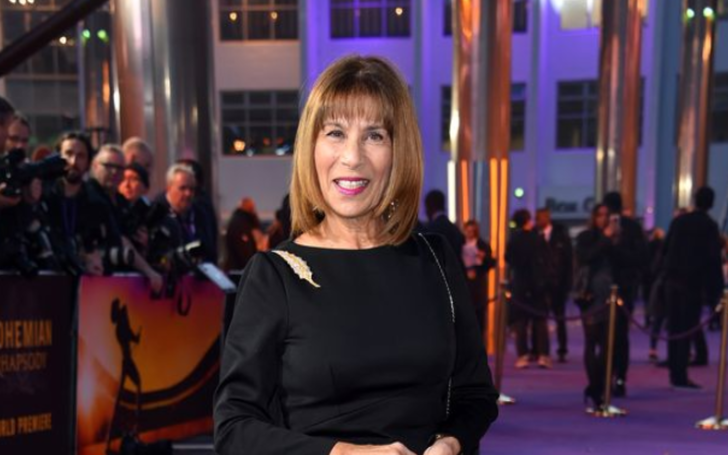 Kashmira Bulsara is the younger sister of Freddie Mercury (Farrokh Bulsara), a British singer, songwriter, record producer, and the lead vocalist of the rock band, Queen. The famous brother and the sister were six years apart and together in their own way became successful children of an immigrant parent.

While there may be other Bulsaras alive, Kashmira is the only living person who shared and lived through Freddie’s childhood. And she is continuously protecting her brother’s legacy in all the ways she can.

So, know all the contributions Bulsara has done up until now for her late iconic brother. Also read all about her own struggles, family, professional, as well as her personal life in the details that are to follow.

Kashmira (meaning Beauty of Kashmir; Grape; From Kashmir) was born in Stone Town in the British protectorate of Zanzibar (now part of Tanzania) in 1952. Her parents, Bomi (1908–2003) and Jer Bulsara (1922–2016) were from the Parsi community of western India. The Bulsaras were originally from the city of Bulsar (now Valsad) in Gujarat.

Kashmira’s family had moved to Zanzibar so that Bomi could continue his job as a cashier at the British Colonial Office. As Parsis, the Bulsaras practiced Zoroastrianism, one of the world’s oldest continuously practiced religions. It follows the teachings of the Iranian-speaking prophet Zoroaster.

Much like her famous brother, Kshmira was born a British subject as Zanzibar was a British protectorate until 1963. She eventually became a citizen of the United Kingdom and colonies after her family had emigrated to England.

In the spring of 1964, Kshmira’s family fled to England from Zanzibar to escape the violence of the revolution against the Sultan of Zanzibar, Sultan Sayyid Barghash, and his mainly Arab government. The conflict took the lives of thousands of ethnic Arabs and Indians.

After fleeing the Zanzibar, they relocated to 19 Hamilton Close, Feltham, Middlesex, a town 13 miles (21 km) west of central London. Then, Kashmira’s parents along with her siblings briefly stayed at 122 Hamilton Road. After that, they settled into a small house at 22 Gladstone Avenue in late October.

As mentioned Kashmira’s parents followed Zoroastrianism. As a Parsee, her father Bomi was really into the ideals of the Iranian prophet Zoroaster, the religion, and its practices.

In fact, both Kashmiri and her brother, Freddie had to undergo the Navjote ceremony, a Parsee cleansing ritual. The practice ensures indoctrination into the Zoroastrian faith.

What’s more, Bulsara claims that her family’s extreme adherence to it needed her and her brother to pray every day. She also says it was because of its principles that her brother, Freddie liked working hard in his life.

Kashmira Bulsara Often Shares The Stories Of Her Brother, Freddie

Mercury’s sister, Kashmira, 69, has appeared on various documentaries related to her late brother. Her notable credits include The One Show (2006), Freddie Mercury: Magic Remixed (2006), and Freddie Mercury, the Untold Story (2000).

In the meantime, she often appears on live interviews to talk about Freddie Mercury. In September 2016, Kashmira attended the unveiling of an English Heritage blue plaque. It was just another homage to her late brother at the family’s former home at 22 Gladstone Avenue in Feltham.

Kashmira; The Last Surviving Child Of Her Parents

Bulsara’s brother, Freddie died from pneumonia; due to complications from Aids in November 1991. 12 years later, Kashmira and Freddie’s father Bomi died in 2003. Their mother, Jer Bulsara’s death followed in 2016. After that, Kashmira correspondingly became/is the only living member of Freddie Mercury’s original family of four.

After tying knots, Bulsara and Cooke moved north to Nottingham to their Sherwood home. Kashmira later revealed they had to move up north due to her then-husband’s career.

Then, Kashmira along with her husband lived throughout the 70s and 80s in their Sherwood house, while her brother’s fame was constantly gaining new grounds. Freddie nonetheless, always made time for his sister. He often visited her and his nephew and niece in their Sherwood home.

Bulsara and her ex-husband, Cooke are parents to two children, a son named Jamal Zook (Sam) and a daughter, Nathalie. After raising two children, Kashmira and Cooke ended their marriage sometime in the late 2010s.

Bulsara’s former husband, Roger Cooke often speaks highly of his late brother-in-law. In like manner, during one interview, Cooke said:

He was a normal family member and I like to think he relished the normality of family life that briefly took him away from the sometimes artificial world he was surrounded by. He was a very affectionate uncle to the kids. When it was their birthday he’d do a great big personalized cake and he’d get them gigantic Easter eggs.

Roger added although, the legendary singer wasn’t very hands-on, he was very generous. Also, Bulsara’s former spouse says he doesn’t know of anyone from his circles that has ever spoken ill of him.

“Because he was a genuinely decent guy, very intelligent, sensitive, and cultured. He would be temperamental, as artists can be, but he never showed it within the family. He was just a great guy,” said Kasmira’s ex about the late Parsi-Indian artist. Her family regularly attended Queen concerts, including the performance at Earl’s Court in 1977 for the Queen’s Silver Jubilee celebrations.

Despite the closeness, however, Freddie felt unable to spill the secrecy of his sexual orientation to his family, including his sister Kashmira.

Kashmira Bulsara Is A Millionaire; She Inherited A Portion Of Her Brother’s Fortune

The Bohemian Rhapsody singer left a significant chunk of his wealth to his family. He bestowed half of his net worth to his best friend and ex-girlfriend, Mary Austin. The fourth of it went to his parents and the rest was for his sister, Kashmira. After the death of his parents, the proceeds went to Mary Austin as wished in the will of late Mercury.

In addition, the $890 million box office revenue of the 2018 film ‘Bohemian Rhapsody brought quite a sum for Freddie’s sister, Kashmira. She received $25 million from the film’s monetary haul.

Moreover, a year later after the film’s success, Kashmira listed her London Penthouse for sale in April 2019, asking for £4.75 million (US$6.24 million). The three-bedroom flat lies on the terrace of stucco-faced townhouses along with London’s Hyde Park Gardens. Additionally, the property facilitates the views of Hyde Park and the Central London skyline.

Sister Kashmira formed her collection as a special tribute to Freddie’s love of beautiful things. The late Rock And Roll Hall Of Fame loved the ultimate jeweled fashion accessories and exquisite vanity cases from the 1920s and 30s Jazz era. Keeping that in mind, A Kind of Magic is a book on Art Deco Vanity Cases, which entails details of such things owned by Bulsara’s deceased brother.