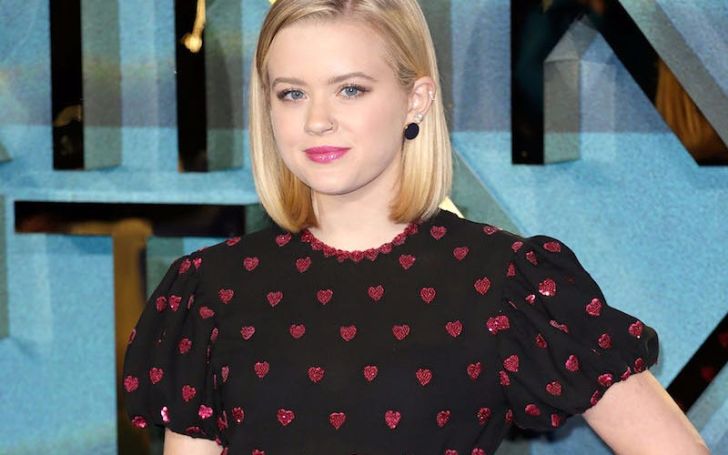 From Jaden Smith to Paris Jackson, star kids are in the public eye ever since they came into this world. Ava Elizabeth Phillippe here is no exception. When you are born into a family of celebs, fame comes naturally, regardless of you choose it or not. Since her birth, Ryan and Reese’s daughter have been famous.

What’s more, the now-adult star kid might just pursue in her parent’s footsteps as she has also tried her hands in modeling. Reese herself wants to appear with her daughter in a movie

But apart from just being a celebrity kid, there’s a lot more about Ava than meets the eyes. Today we’re going to tell you some interesting facts about her.

Ava Elizabeth Phillippe came into this world on September 9th, 1999 in Santa Monica, California. As of 2021, she is 22-years-old. Both of her parents are Hollywood icons.

Talking about Ryan and Reese’s relationship, they first started dating back in 1997. They met each other for the first time at Reese’s 21st birthday party. They got married on June 5th, 1999, in a small ceremony. At the time of their wedding, Reese was already six months pregnant with Ava.

Her parents, after giving birth to her sibling, separated in 2006 and their divorced was finalized in 2007. Ryan and Reese settled for the joint custody of Ava and her brother, Deacon.

Her name is inspired by an actress

Ryan and Reese decided to give their firstborn the name Ava. She was named after one of the greatest actresses in the US, Ava Gardner.

In an old interview with PEOPLE, Ryan opened up about the story behind the name. He said,

“My daughter’s name is Ava … [like] Ava Gardner because to me she was the only woman who could break Sinatra. So the idea of that name to me is very classy and strong.”

Well, Ryan wasn’t kidding about the strong and independent part. His daughter is slowly and steadily becoming a big inspiration to all the youngsters out there.

Ava Elizabeth Phillippe is close with her brother Deacon and half-brother, Tennessee

Ava’s mom and dad gave birth to their second child and her first sibling, Deacon Reese Phillippe on October 23rd, 2006. He is currently 16-years-old. Besides, her mother gave birth to another baby Tennessee James Toth from her second marriage to Jim Tooth.

Ava, Deacon, and Tennessee shares a deep affectionate bond. As Reese literally raised them in the same household, there is bound to be a close relationship between the two.

She shares a lot of pictures with both her biological sibling and half-sibling. Last year, she wished her youngest brother Tennessee on his birthday.

Seeing Ava and Deacon sharing such a loving relationship with their half-brother is inspiring. But wait, there’s a little catch, however!

Apart from Deacon and Tennesse, Ava also has a half-sibling from her father Ryan’s other relationship. Ryan shares Kai Knapp, born in 2011, with his ex-girlfriend, Alexis Knapp.

Despite sharing the same relationship with Kai as with Tennesse, both Ava and Deacon aren’t very close to Kai. There hasn’t been a single moment where Ava and Deacon ever hang out with their half-sister. Besides, even the baby daddy Ryan never had a connection with both Kai and Alexis. 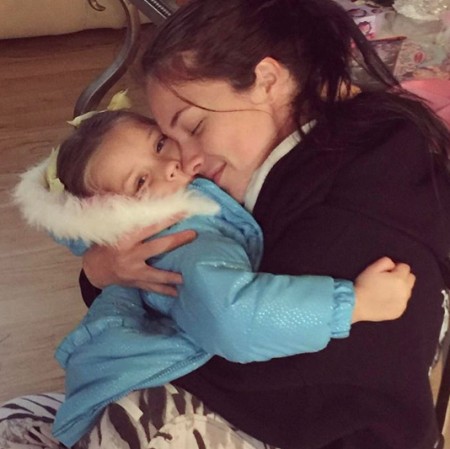 She is a sophomore at Cali, Berkeley. When it was time for Ava to move out of the house in order to study at the college, her mom Reese revealed she cried after her daughter went to college.

During her appearance at the Ellen DeGeneres show, she stated, “It’s weird when your children go away to college – it’s hard. I never imagined how it felt for my mom. I might have gone into her [Ava’s] empty room, laid down on her bed and cried right when she went to college.”

Well, that’s life. Kids grow old and they get out of the nest.

She has great chemistry with her dad Ryan

Despite the fact that Ava sometimes gets embarrassed due to her father Ryan’s younger looks, the father-daughter still is quite close. Ryan, while appearing at the Late Late Show with James Corden, revealed his childhood really helped him bond with Ava.

He also talked about how his daughter feels embarrassed by her dad’s young look.

Apparently, Ryan was raised alongside three sisters so his household was female-dominated. Moreover, it’s a fact as well that a daughter bonds more with her father as opposed to her mom.

Ava is a fashionista, model, and an influencer

Just like her parents, Ava is also slowly transitioning herself into the world of fame. She showed her modeling prowess after posing for the Fall 2018 collection lookbook of the fashion line-up, Rodarte. She modeled with Danai Gurira (The Walking Dead) and Tessa Thompson (Creed).

In addition, she also became the face of her mom’s fashion line-up, Draper James. Not only a model but we might just see Ava in a movie soon, as told by her mom. Reese wants to do a film with her daughter and knowing that she has her own production house, the dream isn’t really far away.

She loves doing sketches and sculpting

Apart from being a student, model, and Instagram influencer, Ava is an artist as well, not professionally though. In her leisure, she spent a lot of time sketching different types of art.

Ava usually shares pictures of her art on Instagram. Aside from sketching, she also loves sculpting.

Ava Elizabeth Phillippe Boyfriend: Who is she dating?

It was in 2019 when Ava surprised everyone after sharing a picture with a guy. Later on, we found the guy in the picture is Ava’s boyfriend and his name is Owen Mahoney.

Subsequently, just days after making her affair Instagram official, the duo had a PDA-filled beach date. Paparazzi spotted them having a cozy moment together as they frolicked around on the beach.

Nevertheless, when she first shared a picture of her beau, fans kinda compared him with her dad. They said her boyfriend has a striking resemblance to her father. This didn’t bode well with Ava and she has now deleted the picture from her Instagram account.

Despite all the hurdles, the pair is still together. Ava still shares pictures with her lover every now and then. It seems she might just go all the way with her current partner and marry him.

She might be 22, but she has earned a good amount of money by herself. She became the face of Amazon’s Off-to-College Store in 2019 from where she earned a good chunk of money.

If sources are to be believed, she is worth well over $50,000. In addition, she enjoys a lavish lifestyle thanks to her mom and dad’s wealth. Her mom, Reese has a total fortune of $240 million, whereas, Ryan has amassed $30 million.