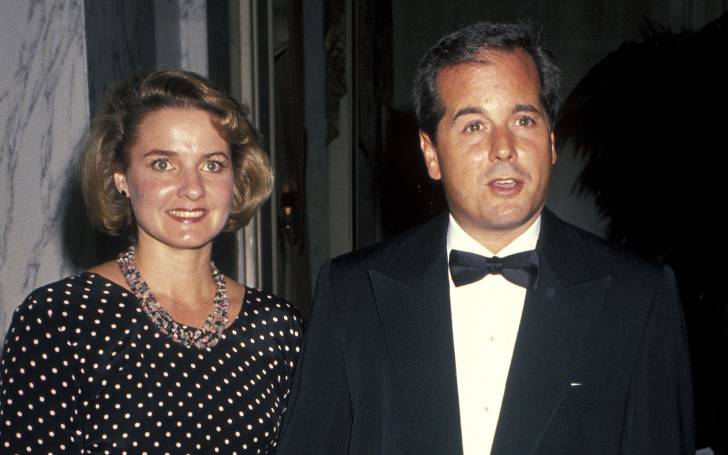 Amy Arnaz is the late wife of an American actor and musician Desi Arnaz Jr. More than from his profession, Amy’s husband is best known for being the son of five times Primetime Emmy Award-winning actress Lucille Ball and actor Desi Arnaz.

Besides her identity as a celebrity wife, she was a great ballet dancer and instructor on her own. Further, Amy was a very spiritual person and in her journey to spirituality, she became the part of New Life Foundation, based on the writings of spiritual author Vernon Howard. In the meantime, she met her future husband Desi Arnaz Jr. with whom she remained married till her last breath. At present, Amy is no longer alive in the world. Well, when and how Amy Arnaz died?

Here in the below writing piece, we have detailed information regarding Amy Arnaz, from her early life to marriage and to her death. Read the article till the end to know about her.

Amy was born ‘Amy Laura Bargiel’ on September 12, 1951, in Chicago, Illinois, USA to her parents Charles and Libby Kral Bargiel. Likewise, she grew up in her hometown alongside her brother Tom ‘Gloria’Bargiel, and a sister Lisa Bargiel.

As for education, she graduated from San Deigo University. Further, she is also a dance student who got training from San Deigo Ballet Company and later joined Nevada Dance Theatre. She reportedly also participated in the Miss Las Vegas in 1970.

Besides, she was of Caucasian ethnicity and was American by nationality.

Amy Arnaz’s Career as a Dancer; She Was A Ballet Dancer And Teacher

For most of her life, she led her life as a dancer and dance instructor. In her lifetime, Amy as a dancer served in several positions. The lady, who was a ballet dancer at the starting point of her dancing career later taught ballet at the University of Nevada. She was a principal dancer at the Nevada dance theatre for ten years.

Once in her blog, she revealed the fact that why she loved her profession as a dance teacher. She wrote,

I enjoy this aspect of the dance world as much as the performing /teaching side. The children are very funny and as most dance instructors know, there is a pleasant reward in watching them progress through the years and finally reach a point where they can actually dance.”

Further, she stated that she actually loves the energy of children and because of this, she never had thought of changing her profession. Arnaz stated,

“I give and get lots of hugs every day and wouldn’t change my profession for anything. I love children and find great pleasure in providing them this magical world where they can dance & sing & express themselves.

Amy Was A Dance Enthusiast; She Was An Inspiration To Her Student As Well

Being a ballet dancer and instructor was not just a job for the late celebrity spouse. All her life, she always adored what she did. According to her, as a ballet dancer, she absolutely used to feel pleasure. Regarding her profession as a ballerina, she once quoted,

“Along with pink roses, kittens and God’s abundance, ballerinas are certainly one of the most beautiful gifts our eyes can behold”.

As a dance enthusiast, she not only made her life beautiful but she inspired and support many others to achieve their goals of becoming great ballet dancers.

Regarding Amy being an inspiration and a support system, one of her students McLachlan talked about her after her demise and stated,

“She was such an amazing woman and was extremely supportive with my career and goals. I always told her that her name would never go unmentioned when I am asked who in my life supported and nourished my dreams. She believed in not only me, but everyone from the moment they stepped onto the stage

From this statement, we can say how humble and graceful she was as a human being.

Arnaz Was An Author As Well

Besides being a dancer, Amy Arnaz is also an author as well. She co-wrote a children’s book titled The Magic Tutu alongside Ellen Dickstein. The book narrates the story of a ballerina and was published on April 19, 2007. Further, she also wrote two other books Juliana Cuddles: Little Haley Stories and Clara’s Nutcracker: Little Haley Stories.

Prior to achieving a successful career as a dancer and author, Arnaz competed as ‘Miss Las Vegas’ in the Miss Nevada competition in 1970.

Amy was married to the son of Lucille Ball and Desi Arnaz, Desi Arnaz Jr. The couple tied the knot on 8th October 1987. They had a big wedding ceremony with over 150 attendees including Desi’s mom Lucille with her second husband Gary Morton, Desi’s dad Desi Sr., and sister Lucie Arnaz.

Shortly after marriage, the newly married couple settled in Boulder City, Nevada. They lived their marriage for almost 28 years gracefully with no news of a clash. The beautiful pair separated with the death of Amy in 2015.

How Did Amy And Her Husband Met?

The couple for the first time met in one of the lectures session of the Inner-Life author Vernon Howard in Boulder City. Amy was a regular attendee of Vernon’s lectures and meanwhile, her future husband Desi reportedly arrived at the lecture session as a spokesperson.

At the lecture, they must have felt attracted to each other which spontaneously flourishes into a love relationship. The couple dated each other for almost 3 years before getting married and eventually became life partners in 1987.

Both Amy and Desi Jr., Were Previously Married; Who Are Their Ex-Partners?

Before marrying each other, Amy and her spouse Desi were married before. Amy was married to her ex-husband Gary Frederick Charf. Amy and Gary walked down the aisle on September 6, 1975. Eventually, after four years the couple got divorced on 11 May 1979.

On the other hand, her popular spouse, Desi was married to actress Linda Purl in 1979 but sadly they separated within a year in 1980. Likewise, Desi also has some romantic affairs. Before his marriage, he was in a relationship with a model Susan Callahan-Howe with whom he shared a daughter Julia Arnaz. He also dated actress Patty Duke and Liza Minnelli.

Did Amy Arnaz Shared Children With Her Husband, Desi?

Despite being married to each other for more than two decades, Amy and Desi didn’t share any children together. But Amy was the mother to her daughter Haley Arnaz with her ex-husband Gary. Her only daughter Haley was born on 17 December 1976 which makes her 46 years of age in 2023.

Haley was just 3 years old when her parents got divorced and following her mother Amy’s marriage with Desi Jr., she officially was adopted by her step-father Desi Arnaz Jr. Under the care of her mom and dad Desi, she grew up. As for her profession, she is a professional ballet dancer just like her late mom.

Amy Was An Animal Activist

The late celebrity was an Animal activist. In fact, not only Amy but her husband also advocated for the protection of animals alongside her. Both the husband and wife collaborated in rescuing the orphan baby elephants who were orphaned due to the Ivory trade. The couple adopted those baby elephants and took care of them.

Further, as per sources, the Arnaz couple also worked in rescuing feral cats and scruffy dogs in their community.

Amy Arnaz Died Of Cancer At The Age of 63; Her Obituary

Coming up to 2023, the ballet dancer is no longer alive in the world. She passed away on 23 January 2015 at the age of 63. She was battling brain cancer since January 2013 and exactly after two years, she lost the battle with cancer and left the living world.

Her death news was first posted on Facebook by author Michael Stern. He wrote,

‘It’s with a heavy heart that I am learning today that Amy Arnaz has passed away. She had been suffering for a long time with cancer. She was a fighter till the end. I learned years ago what “REST IN PEACE” means and I know today that my friend Amy is now “RESTING IN PEACE”… My love goes out to all the Arnaz’s…

Likewise, many of Amy’s well-wishers mourned her death. As a tribute, the Boulder city community paid homage by placing flowers in her working place, Arnaz’s Boulder theatre.

Her Funeral And Grave

Regarding her funeral, there is no information available. However, after her death, Amy’s body was buried in an unknown location in Boulder City.

What Was Amy Arnaz’s Net Worth At The Time Of Her Death?

At the time of her death, she reportedly had a net worth of $850,000. Meanwhile, her musician husband Desi Arnaj Jr. has an estimated net worth of $40 million.

Ray Liotta Cause Of Death: Untold Facts About His Death