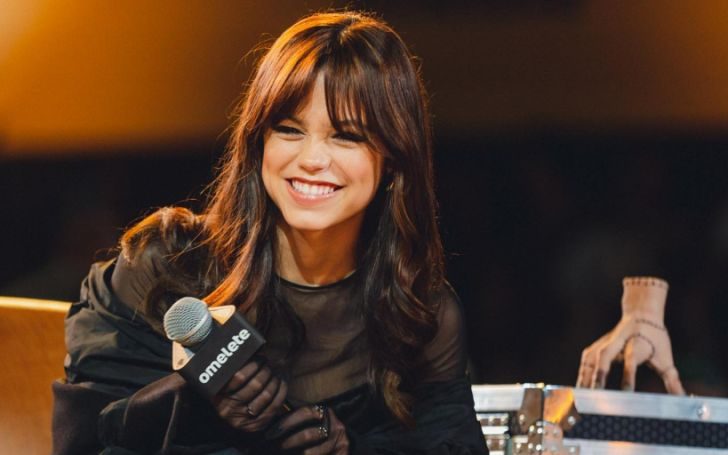 Ever since the Netflix series, Wednesday premiered, the name Jenna Ortega shot up. In the hit series, she plays the titular role of Wednesday Addams, a member of the Addams family. Although there are many who have already seen Jenna in other series as well, she gained a new set of fans from her work in the series.

The same fans are now eager to know more and more about Jenna’s life, including her dating life. There are a lot of questions regarding her life like who is Jenna Ortega boyfriend now? Is she really dating someone or now?

Here today we shall find out in addition to details on her past affairs as well.

Who is Jenna Ortega boyfriend now?

Since her appearance in the comedy-horror flick, Wednesday, Jenna has established herself as the ‘Scream Queen’ of our generation. Prior to her exceptional work in this award-nominated series, she has appeared in a handful of other hit movies and series as well.

Ortega is somehow caught in a supposed love triangle in the dark comedy between Xavier, played by Percy Hynes White, and Tyler, played by Hunter Doohan. So it is only natural that you guys are curious if she has a partner in real life as well.

As of now, Jenna is not in a relationship with anyone, at least not officially. We said ‘officially’ because a lot of times celebrities tend not to reveal whether they are dating or not.

Is Jenna dating one of her Wednesday co-stars?

Before we go any further, we’d like to clarify that we at CelebSuburb pledge to not share any fake news regarding any celebrity.

Now coming back to the topic, it looks like eagle-eyed fans have spotted something going on between the Stuck In the Middle actress and her co-actor from Wednesday, Percy White. Don’t take our word for it, look all over social media and you’ll see what we’re talking about.

Many photos of Jenna and Percy from the series set have been shared all over social media and you can see how eager the fans are to see the pair together. They have even stated how cute the pair looks with each other and how desperately they want them to be together.

Well, this is one of those times when fans just ship two on-screen couples because of their chemistry on the screen. One thing that we can say for sure is the fact that they really look good together.

Whatever the case may be if Jenna and Percy White did get together we will be the happiest person in the world.

In the series Wednesday, she worked alongside veteran actors like Luis Guzman and Catherine Zeta-Jones.

Jenna has been active in the entertainment industry for a long time. From her days as a teenager in the hit series, Stuck In the Middle, Ortega has come a long way in the industry. Along the way, she was reportedly involved in a relationship.

Back in 2018, she attended the JustJared Halloween party alongside a date. She went to the event with fellow actor Asher Angel, and both of them were dressed up as a former couple, Pete Davidson and Ariana Grande.

This wasn’t the only time the pair were together. Jenna also attended Asher’s birthday bash.

Aside from Asher, Jenna was also reported to be in a relationship with actor Jacob Sartorius. Rumors about their affair first hit the news when she appeared in one of Jacob’s music videos, Chapstick, in which they even shared a kiss.

Nevertheless, Jenna put an end to all the loose talk about her dating life when in a podcast she mentioned that she has not dated a single guy with whom the internet has claimed her to be dating. In her appearance in Just Between Us podcast, when asked about the craziest thing she has heard about her on the internet, she said,

“Probably relationships. According to the internet, I dated like six guys, [but I] dated none of them.”

She was born on September 27th, 2002, in Coachella Valley, California. She is currently 20 years old. Jenna is the daughter of Natalie and Edward  Ortega. Her mom is a nurse who worked tirelessly throughout the coronavirus pandemic.

Jenna grew up in a big household. She has five siblings including Isaac, Mia, Maria, Aaliyah, and Marcus. All six of Ortega’s siblings are incredibly close to each other.